However, to attract investments Asian infrastructure investment Bank intends not only in dollars, but in euros, yuan and other currencies, said the head of the Bank Jin Liqun. 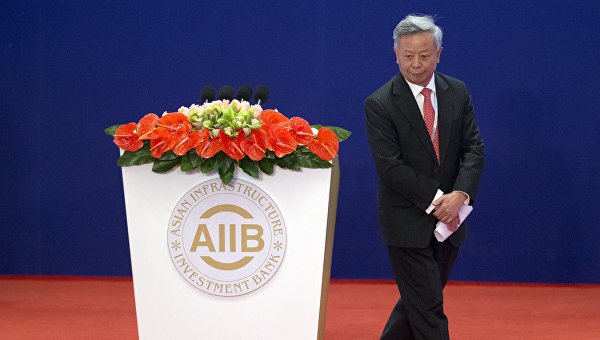 BEIJING, 17 Dec –, Zhanna Manukyan. Asian infrastructure investment Bank (AIIB) can attract capital in different currencies, however, will be to lend only in us dollars, said Sunday at a press conference the Bank’s President Jin Liqun.

“As a multilateral development institution and taking into account the existing international financial system, we use English as a working language and the us dollar as the currency of the Institute. However, for the purpose of raising capital from the international market, we allow the investment in U.S. dollars, Euro, yuan and other currencies,” said Jin Liqun.

“We lend only in us dollars”, — said the President of the Bank, answering clarifying question about the possibility of lending in other currencies.

Representatives of 57 countries-founders of AIIB on Saturday in Beijing gave the official start of operation of the Bank. The Bank President was elected former Deputy Minister of Finance of China Jin Liqun.

Russia is the third largest party in the Bank after China and India, having received a 5.92% of the vote. China and India possess 26,06% and 7.5% of the vote respectively. The headquarters of the Bank established to Finance infrastructure projects in the Asia-Pacific region, is located in Beijing. The authorized capital is 100 billion dollars.