MOSCOW, January 17. First Deputy Chairman of the Federation Council Committee on defense and security Frants Klintsevich believes that Russia should review some moments in Russian-Polish relations in connection with acts of vandalism against monuments to Soviet soldiers. 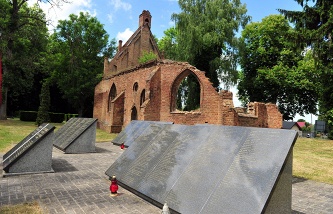 “Maybe you should reconsider some points in Russian-Polish relations. At least the Polish leaders should be aware that acts of vandalism (to memory) of dead Soviet soldiers immediately followed by a harsh response – and not only on the level of protests of the foreign Ministry,” he said on Sunday to journalists, the Senator, commenting on the fact of desecration in Szczecin unknown Monument of gratitude to the red Army.

Klintsevich stressed that this “is not the first case of desecration in Poland of monuments to Soviet soldiers who saved the country from Nazi genocide.”

Earlier the Russian foreign Ministry said the Polish side the resolute protest in connection with the desecration of the Monument of gratitude to the red Army in Szczecin.