The Association of companies of Internet trade offer wants to customs to open and check for counterfeit of not less than 5% of parcels from abroad. 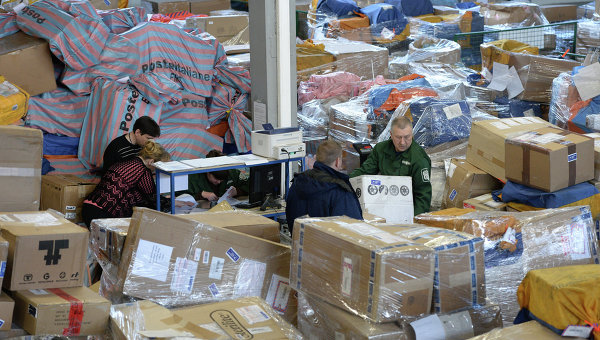 MOSCOW, 18 Jan. The proposal of the Association of companies of Internet Commerce (AKITA), directed to the Federal customs service, opening parcels from abroad will not delay the delivery of the main stream of the goods or their appreciation for customers, says the Association’s President Alexey Fedorov.

AKITA wants to offer officers to open and check for counterfeit of not less than 5% of parcels from abroad. At present standards for testing the opening of the parcels does not exist. After this information social media users began to speculate that in case of such checks, the speed of delivery of parcels to decline sharply, and this may lead to higher prices and orders.

“Such checks will not lead to any delays getting parcels and receive them,” said Fedorov, explaining that, first of all, check out offered only 5% of orders and secondly, the tests will be carried out as follows — after opening the goods will be send to the manufacturer for examination to confirm or disprove the originality of origin.

All of these proposals AKITA contributes only to start the fight against counterfeiting in this segment of the market — delivery of goods to private individuals. “The question is not to constantly monitor this thread, and the question is to start this work and to identify the main channels of receipt to Russia of counterfeit goods and prevent them”, — said the head of the Association.

“A large number of fakes made by the same manufacturers, quantity is limited, our task is not to identify all parcels in the world counterfeiting, and to identify the main channels through which they come, these channels we are more or less known, and we can assume, and we want these assumptions to be confirmed and respected custom manufacturers,” — said Fedorov.