We are talking about compensation of expenses of the enterprises for fuel, oil, filters, necessary for the operation of the diesel generator, as well as costs associated with the operation of businesses in the night time. 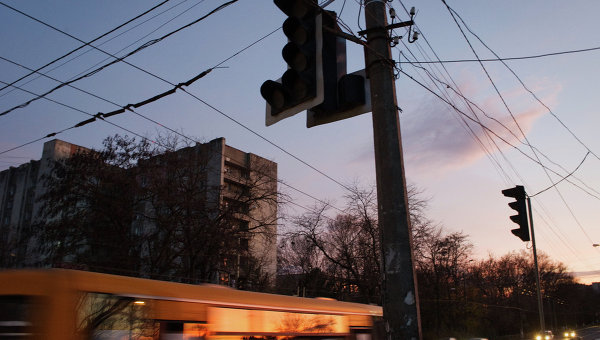 SIMFEROPOL, 18 Jan –. The assistance of the Crimean enterprises are faced with additional costs due to the energy shortage will amount to about 157 million rubles a month, said the head of the Crimea Sergey Aksenov.

A state of emergency because of the energy shortage in Crimea is valid from 22 November, when the Peninsula was completely de-energized because of the erosion of the supports. Then went down all four power lines coming from Ukraine. The situation has improved with the launch on 2 December the first leg of the power bridge from the Krasnodar region, and the December 15 of the second leg has increased its capacity to 400 MW. Two more strands of the power bridge total the same capacity to be commissioned in the spring that would make the Crimea independent from Ukrainian electricity.

“The amount of 157 million rubles. Such a sum following consideration will be allocated within each month, based on how quickly entered the second phase of power bridge”, — said Aksenov, quoted by his press service.

The Minister of economic development of Crimea Valentin Demidov noted that at a disadvantage those companies which are forced to use diesel generators to work the night shift. “We analyzed the situation, and the analysis showed that about 157 million rubles additionally we need a month to support such enterprises, so they can operate profitably and without failures”, — said Demidov.

According to him, mainly industrial enterprises, companies of sanatorium-resort sphere and enterprises, fulfilling the defence order, which cannot stop or change your scheme of work. “We have developed a procedure for compensation of such costs. First of all, it is supposed to offset maintenance costs and the acquisition of DGS (diesel generator sets),” said the Minister.

In particular, we are talking about compensation of expenses of the enterprises for fuel, oil, filters, necessary for the operation of the diesel generator, as well as costs associated with the operation of businesses in the night time. “The order is already started for approval, before the end of this week he will start working” — said Demidov.