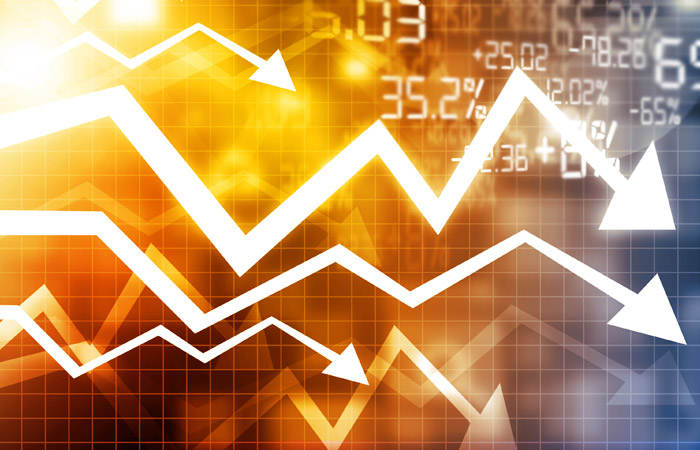 Moscow. January 18. Stock markets of developing countries on Monday dropped to the lowest level in six years because of fears of weakening global growth and lower oil prices, reports Bloomberg.

Summary index MSCI Emerging Markets falling for the third consecutive session, losing 0.4 percent. Since the beginning of year the indicator has already decreased by 11%.

“China and oil are among the main risks for the markets this year. I’d still adhered to defensive tactics and watched how the market will fall,” said CEO of PT Samuel Aset Manajemen agus of Anwar.

The ratio of the stock prices of emerging markets to the projected profit margin fell to 10.2 x, this ratio is 29% lower than the same indicator for the markets of developed countries.

Index oil and gas companies in emerging markets on Monday fell by 1.5%, the rate of securities, the Chinese CNOOC Ltd. fell by 4.5% in trading in Hong Kong – to the lowest level since 2009.

Brent crude during trading on Monday fell below $28 per barrel, but then recovered to us $28,9 per barrel.

Meanwhile, Venezuela’s bonds, largely dependent on oil revenues became outsiders emerging markets: investors get rid of risky assets, with countries dependent on natural resources, the most vulnerable amid the collapse in oil prices to the lowest level since 2004.

Dollar-denominated government bonds of Venezuela – the leader of growth in the fourth quarter last week brought investors a loss in 10% and corporate securities – 14%, the biggest drop among emerging markets tracked by Bloomberg. Losses of investors in the government securities Iraq was 3.9%, Azerbaijan – 2.6%, while in Russian and Kazakh Eurobonds – 1,4%, according to data last week. Ukraine and Turkey went on to win on a falling market.

“Falling oil prices means a weakening of emerging market currencies, the deterioration of the budgetary situation and the balance of payments”, – said the strategist of “VTB Capital” Neil McKinnon. In Venezuela the situation is aggravated by political problems, he added.

The Venezuelan government on Friday announced the introduction of emergency measures in the economy. The economy of Venezuela, 95% of whose export accounts for oil, this year the highest reduction among the 93 States that were included in a Bloomberg survey.

Last week the price of Brent crude fell 14% on expectations of a return of Iran to the market and concerns about the prospects of China’s economy. Investors took the risk and sought protection in safer securities USA, bringing funds of funds of shares and bonds of emerging markets, according to a review by EPFR Global last week.