Despite exchange rates, beating all records since the new year, the cost of tickets does not change, and in some cases even declining, said the General Director of independent travel Agency Pososhok Cyril faminskii. 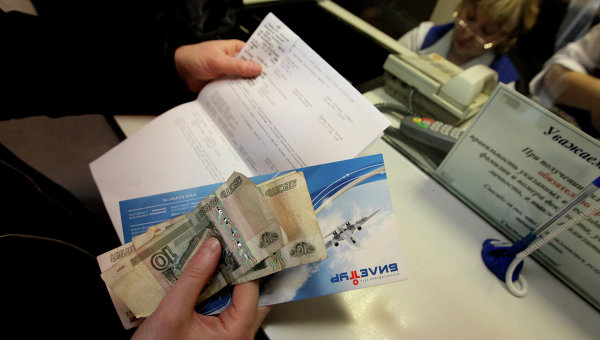 MOSCOW, 18 Jan.Prime. The cost of flights to the Russian Federation ceased to react to the changing rate of the ruble against major foreign currencies, such opinion was expressed by a number of experts of tourist industry.

The International air transport Association IATA, which is determined by the price of tickets on international flights, since 2006 is tied to the rate of the ruble against the Euro and the dollar. According to the recommendations of IATA, 0.01 GMT on 20 January, the booking system of air tickets will recalculate the exchange rates of foreign currencies used for the conversion of tariffs for international flights: the dollar will rise by 3.95% to 79 rubles (for the period 20 January-26 January 2016 inclusive), the Euro by 3.61 per cent, to 86 rubles.

“The potential of rising prices for tickets, more likely, already exhausted. The purchasing power of the population is at historically low values, which can only follow the collapse of the tourist market and major compression of the air transport market. This is due to the fact that, in spite of currency exchange rates breaking all records since the new year, the cost of tickets does not change, and in some cases even declining. It is obvious that in the current situation and on the eve of may holidays and the summer season, airlines will be forced to keep prices at acceptable levels by optimizing the cost of transportation, at the expense of internal resources”, — such opinion was expressed by General Director of the Agency for independent travel Pososhok Cyril faminskii.

The Agency considered that the average cost of a ticket from Moscow to St Petersburg last week (January 12, economy class tickets with departure in three weeks) has not changed and amounted to 3,62 thousand. On the contrary, the average cost of a ticket to Kaliningrad decreased by 9.8%, up to 5 thousand rubles, in Kazan — decreased by 0.1% 6,93 thousand rubles, and in Paris by 2.6% to 15,63 thousand.

“In order to maintain the demand of airlines are offering unprecedented reduction of prices on air travel. The leaders of the rating of the cheapest areas in the period from 20 to 31 January were Chisinau, Minsk, Bratislava, Stockholm, Samara, Kaliningrad, Astrakhan, Lipetsk and Yekaterinburg,” — noted in the Agency Biletix. For example, the average ticket price fares from Moscow to Samara in the beginning of 2015 amounted to $ 8,83 thousand rubles, now it is thousands of 3.43. The average check for a return ticket from Moscow to Eilat for the year has not changed, as before is 8,35 thousand roubles.