The national Bank of Ukraine has set the official dollar exchange rate at the level 24,38 hryvnia per dollar, however, according to experts, the Ukrainian currency could fall and up to 30 hryvnia per dollar, if the current government will continue its policy. 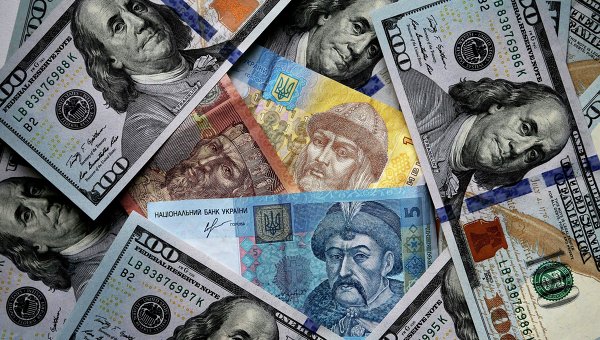 KYIV, 18 Jan. The Ukrainian hryvnia continues to fall year-to-date official rate of us dollar to hryvnia increased by 60 cents.

According to the Deputy Chairman of the National Bank of Ukraine Oleg Churia, the volatility of the hryvnia on the interbank market, observed since the beginning of January 2016, due to “the imbalance in demand and supply of foreign currency that is an integral component of the regime of flexible exchange rate”.

“When the working day in Ukraine falls on a weekend in the USA, the demand for foreign currency continues to be formed (client applications will continue to go through foreign exchange control, as in Ukraine business day), and the currency supply is limited (due to holidays in the US currency receipts to accounts of Ukrainian banks is not supplied). As a result, there is excess demand for foreign currency”, — quotes Cure the Internet-the edition “Economic truth”.

According to him, “these factors largely determine the dynamics of the hryvnia at the beginning of the year due to the large number of holidays in December-January in the world”.

The actions of the national Bank at the moment is aimed at reducing excessive volatility of the exchange rate. Curi noted that to this end since mid-December, the regulator has held five auctions for the purchase of foreign currency, acquired to 98.9 million dollars, and four auction sale of foreign currency, where the sold currency in the amount of 65.5 million dollars.

Rate can reach up to 30 hryvnia per dollar

Former researcher of Institute of world economy of the NAS of Ukraine Vsevolod Stepaniuc believes that the devaluation of the hryvnia is due to several factors: dim prospects following the receipt of tranches from the IMF, the reduction of foreign currency earnings to the country connected with reduction of volume of foreign trade, including with various embargoes (trade ed), and lower competitiveness of Ukrainian enterprises on foreign markets.

“The further the hryvnia exchange rate depends on many things, from both economic and political. If you will continue lending to the IMF, the hryvnia decline will slow down, if this year is progress on the settlement in Donbass, you could stop the fall of the hryvnia. But the current government is hardly a political settlement will have to go somewhere, and the economy will suffer. So, my predictions, the optimistic course is somewhere the rate of 30 UAH per dollar”, — said the expert, commenting on the prospects of the situation on the currency market of Ukraine.

At the moment the specific terms of the allocation of Kiev of the new IMF tranche is not defined. Earlier, a source in the Fund said that the Ukrainian government will receive a new tranche from the international monetary Fund before February, and to this tranche ($1.7 billion) tied other alleged receipt of funds from international financial institutions and States.

According to the former Deputy head of the national Bank of Ukraine, the honored economist of Ukraine Serhiy Yaremenko, currency fluctuations early in the year associated with the Christmas holidays and the revision of long-term plans of the Ukrainians against their savings. In addition, January is traditionally a decline in export earnings.

The expert predicts that it is not necessary to wait for a new global collapse of the hryvnia, it is likely that the rate will fluctuate a maximum of two to three hryvnia. According to him, currency fluctuations will continue to influence the policy of Ukrainian banks, the main income of which in the current environment remains speculation on the course.

“If you take the long term Outlook on the currency market, the situation will not change drastically. Fundamentally I think it is not fluctuations in the hryvnia-UAH, and the pace that we had previously, when the hryvnia was devalued three times, from 8 to 24 hryvnias per dollar. There are, of course, will not, the course will stay because there is a psychological factor that it reached its” — said Yaremenko.

The average annual forecast of the dollar is incorporated in the state budget for 2016, is set at 24.1 hryvnia per dollar. The forecast of the Ministry of Finance of Ukraine laid down in the budget in coordination with country lending by the International monetary Fund. Earlier, the head of the national Bank of Ukraine Valeria Gontareva stated that he believes this forecast is realistic, but sees risks for this purpose.

The official rate of the national Bank of Ukraine was the highest February 26, 2015 — 30.01 per hryvnia per dollar.