TEHRAN, January 18. /Corr. Alexander Levchenko/. Iran has begun to increase its oil production by 500 thousand barrels per day. This was announced on Monday General Director of the National Iranian oil company (NINC), administered by the Ministry of oil of Iran, Rokneddin Javadi. 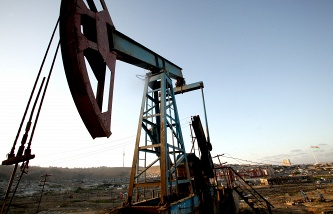 As noted by the head of NINK, the decision was taken in connection with the lifting of sanctions on Iranian oil exports and remittances.

Sanctions were lifted on January 16 immediately after the announcement in Vienna about the beginning of the implementation of the nuclear agreement between Tehran and the “six” international mediators (the five permanent UN security Council members and Germany).

Earlier, the management of the oil industry of Iran has repeatedly stated that Iran is ready to increase production and export of its oil by 500 thousand barrels a day immediately after the lifting of sanctions.

The draft budget for the next year (Iranian calendar starts March 21) is provided, the volume of daily exports to 2.25 million barrels. To date, the exports amounted to about 1 million barrels a day.