Earlier media reported that the Barnaul kot Barsik is going to run for the Duma, for which he already signed up on the website “the Candidate”. 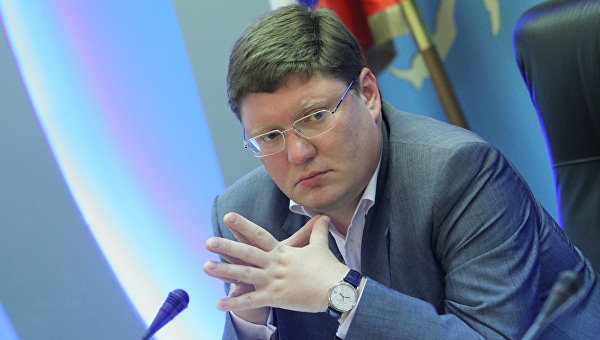 MOSCOW, 18 Jan. In Barnaul cat Barsik who gathered to stand for election to the state Duma from “United Russia”, there is no future, said Deputy Secretary of the party’s General Council, Deputy speaker of the state Duma Andrey Isaev.

Earlier in mass media appeared information that the Barnaul kot Barsik is going to run for the Duma, for which he already signed up on the website “the Candidate” (party project for participants in the primaries). At the moment, the website registered more than 6 thousand users.

“No, of course, that’s impossible. There is a hard limit. Not that a Bobcat, not all citizens of the Russian Federation may stand for election to the state Duma. For example, those who have not reached 21 years. But, overall, I think that in any country there is some element of carnavalesco, including in politics. Well, the party of beer lovers, there are all sorts of similar initiatives for the nomination, the nomination animal and so on. This is nothing new, and certainly nothing to worry about. This should be treated with humor,” said Isaev.

In addition, he said, Barsik has no prospects even undergo training courses on the website of the “Candidate” because it does not meet the necessary requirements to candidates.

“Let him first possess a Internet. Even such prospects. The system of “Candidate” that requires registration, and registration involves certain data that needs to be a person, and which Barsik, of course, does not match”, — concluded the Agency interlocutor.

As earlier wrote “representative” Barsik under the nickname “Altai sower” in the social network Vkontakte, the cat enthusiastically read on the website “PhD” “lectures on the conduct of the election campaign, the candidate’s work with the media and in social networks, about the image policy, and with interest watched a video lecture of Vladimir Churov about the modern election system”.

“Special attention Barsik attracted the brochure “Anti-technologies of color revolutions in the youth environment”, which was somewhat distracting from the overall number of materials from the site. Surprised cat-policy, first of all, the honesty with which the authors paint a frightening image of a modern Pro-government youth organizations”, — stated in the message.

Such statements and devoid of ingenuity and ideology of the action, wrote “the representative” of a cat, finally beat Barsik has a desire to start a political career in organizations such as “Nashi” and “Young Guard of United Russia”.

As previously reported, the cat Barsik at the end of last year won the organized popular public of Altai Krai Internet voting candidates for the post of head of administration of Barnaul. Cat-politician scored more than 90% of user votes.

Earlier, Secretary of the party’s General Council Sergei Neverov wrote on his page in Facebook that after the party Congress, which will take place 5-6 February, the party will hold a forum “Candidate” for future participants its preliminary vote before the Duma elections in 2016.