In the current difficult conditions, the debt of European parliamentarians to continue dialogue, said in a addressed to the President of the PACE Anne Brasseur letter to Valentina Matvienko and Sergei Naryshkin. 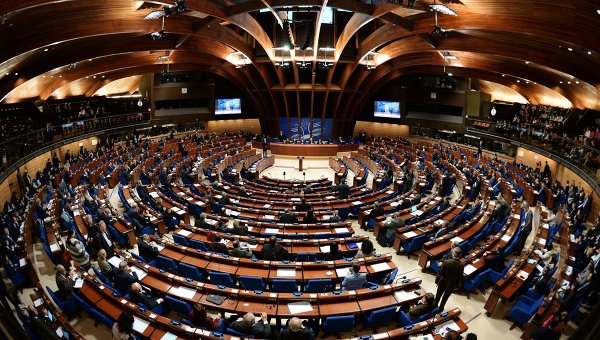 MOSCOW, 18 Jan. PACE should refuse the temptation to “information interstate invoices” by depriving the Russian delegation of powers, said in a addressed to the President of the PACE Anne Brasseur letter, signed by the speakers of the Federation Council and the state Duma Valentina Matvienko and Sergei Naryshkin, in connection with the refusal of the Russian parliamentarians to go to the PACE session.

“We urge the Assembly to rise above the temptation to settle inter-state bills, which are often based on outdated phobias and prejudices, and to revive in its activities, the commitment to the main goals of the Council of Europe, as it declared in its Charter: “to achieve a greater unity between its members in the name of safeguarding and realising the ideals and principles which are their common heritage and facilitating their economic and social progress,” the letter reads.

Matvienko and Naryshkin noted that in the current difficult conditions, the debt of European parliamentarians to continue an equal conversation, which is “a critical tool of democracy, the rule of law and human rights, a sine qua non of solving the urgent problems of the modern world, including those that led to well-known differences in PACE in the last two years.”