The Association of companies of Internet trade offer wants to customs to open and check for counterfeit of not less than 5% of parcels from abroad. At present standards for testing the opening of the parcels does not exist. 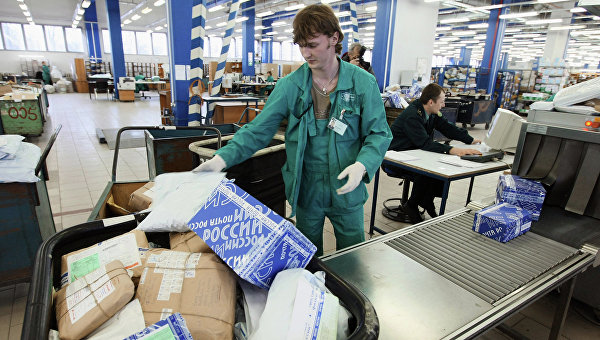 MOSCOW, 18 Jan. Association of Internet Commerce (AKITA) will negotiate with the Federal customs service (FCS) that is not less than 5% of parcels from abroad were opened and checked for identification and destruction of counterfeit products, wrote on Monday the newspaper “Kommersant” with reference to the President of the Association of Alexei Fedorov.

It is noted that the dialogue with the customs will take place this week. AKITA is planning to connect to the negotiations “Mail of Russia”: on 20 January the parties will hold a closed joint logistics conference.

“The consumer should not be punished: he could not know that buying counterfeit. In this case, is called the representative of the manufacturer for examination, and, if it is determined a fake, the thing is confiscated and destroyed. And then the consumer is dealing with the goods sold to it by the organization,” — says the publication Fedorov. He also notes that if the seller is not in the jurisdiction of the Russian Federation, the AKITA will apply to the competent authorities at the place of its location and seek punishment in accordance with local and international regulations.

According to the newspaper, not all Russian Internet shops support this measure. So, Executive Director, KupiVIP E-Commerce Services Miroslav Zubachevsky believes that counterfeiting should not be fought at the stage when the consumer receives your parcel, and at the level of suppliers. Foreign Internet sites claim that they themselves effectively cope with it, but the initiative will only lead to increased burden on end buyers who will pay.

As explained by the publication in the press service of the FCS, the customs officers check incoming mail traffic using an x-ray machine, and if an employee is suspected or operational information that in sending something prohibited, he may reveal it in the presence of witnesses. Any standards for verification opening of parcels does not exist.

It is reported that in the first nine months of 2015 FCS detained counterfeit goods by 3.5 billion rubles, arousing 721 case on administrative offences, of which 699 for the unlawful use of another’s trademark and 22 for infringement of copyright and related rights (parallel imports), the newspaper said.