The average tariff for the transit of thousands of cubic meters of Russian gas in 2015 amounted to 2,73 dollar per 100 kilometers, but with tax and a new methodology for calculating the cost of transit will be 7,91 dollar, Ukrainian experts believe. 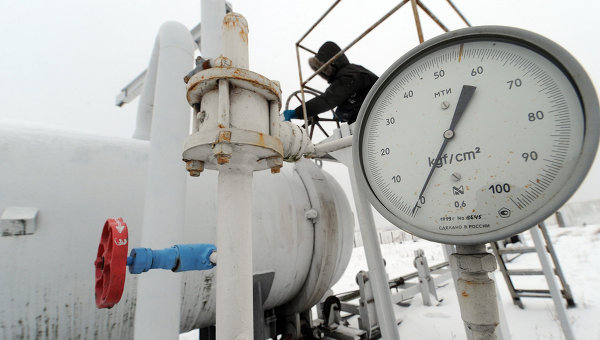 KYIV, 18 Jan. The rate of transit of Russian gas through Ukraine in 2016 may grow from 2.73 $ 4.07 dollars per thousand cubic meters for every 100 kilometers, while taking into account the new methodology for calculating the cost of transportation, which was approved by Kiev in the end of last year, the pumping of fuel can cost Gazprom 7,91 dollars per thousand cubic meters (that is, the cost may increase about 3 times — ed.), writes the Ukrainian edition of “Energorynok”.

Director of business development of the company “Naftogaz of Ukraine” Yuriy Vitrenko reported earlier that Ukraine has drastically enhanced the rate of tariff for transit of Russian gas through its territory, but did not give specific figures. Later, Naftogaz issued a statement that suggested “Gazprom” to negotiate in connection with the adoption in Ukraine of new rules of pricing on services of gas transportation.

In addition, a new methodology for calculating the cost of transit is linked directly with the volume of throughput, while Kiev intends to demand from Gazprom booking maximum volume pumped in $ 110 billion cubic meters of gas per year, which is specified in the contract from 2009.

“If we proceed from the actual transit volumes last year, and that 64 billion cubic meters, for example, during the transit of 60 billion cubic meters (this year — ed.) in fact, the cost of transporting a thousand cubic meters per 100 kilometers will cost Gazprom at 6.56 dollars… With tax (value added, VAT — ed.) the rate will increase to 7,91 dollar…. In the end, the yearly amount of the payment by Russia for transit could increase from 2 to 6 billion dollars”, — writes the edition.

The author also claims that “Gazprom” strongly disagrees with the new methodology for determining the tariff for transit, proposed by Ukraine. According to the publication, at the end of last year the head of the NJSC “Naftogaz of Ukraine” and “Gazprom” Andrey KOBOLEV and Alexey Miller have scheduled a meeting in the third week of January to discuss the issue of gas supplies to Europe. To date, however, confirmation of this meeting yet.

Previously, the transit rate was 2.7 dollars for transportation of thousand cubic meters per 100 kilometers. The Ukrainian side has stated that she wants to raise that bet to $ 5. Also in Kiev has repeatedly stated that the agreement between Ukraine and Russia on gas transit to Europe would be renewed after 2019, as the alternatives to the Ukrainian route no. For its part, Gazprom is working on the construction of the offshore pipelines to bypass Ukraine.