Theoretically, the possibility of Russia’s return to PACE in 2016 exists. However, Russia should refrain from this step until, until you have created the conditions for a full return of the Russian delegation, said Alexei Pushkov. 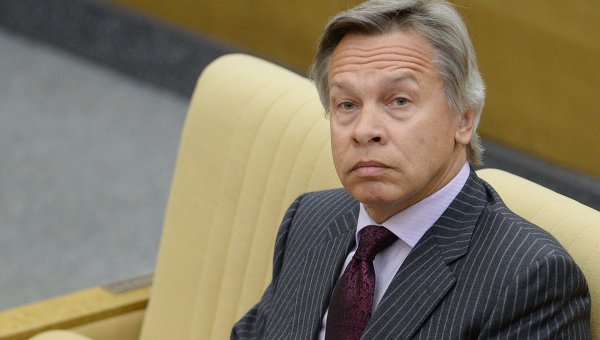 MOSCOW, 18 Jan. Russia could theoretically return to work at the parliamentary Assembly of the Council of Europe in October 2016, said the head of the Russian delegation in PACE Alexei Pushkov.

“Theoretically, the possibility of returning in 2016 exists. But with regard to the appropriateness of the return — my point is that until you have created the conditions for a full return of the Russian delegation, we should abstain,” said Pushkov journalists.

He explained that the Secretariat of the PACE adheres to this interpretation of the statutory documents of the Assembly and the Council of Europe, on which delegations must be authorised at the first session of the year — January. “We have a written response by the Secretariat, which States that at subsequent sessions can only be modified in the delegation in case of replacement of a Deputy or in case of death of the member, if he loses his parliamentary position,” — said Pushkov.

“I mean, we are talking about that at future sessions, countries may request authority to their delegations, except when during the year an election is held and following the election of a new delegation. The reason is clear: MPs are re-elected, new,” added the MP.

Duma elections in Russia will be held in the second half of September 2016. “I have serious doubts that we physically have time to themselves in order to apply to participate in the October session of the PACE. But such a theoretical possibility exists,” — said the head of the Duma Committee.