In conditions when the Russian delegation is deprived of the opportunity to influence decision-making and positions of PACE, PACE Chairman proposed the concept of dialogue does not stand up to scrutiny, said Alexei Pushkov. 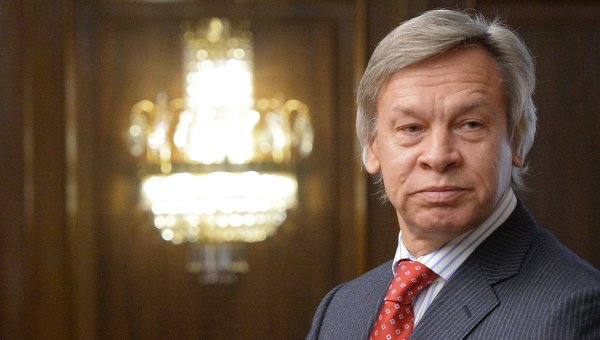 MOSCOW, 18 Jan. Russia will not work in the parliamentary Assembly of the Council of Europe (PACE) in the conditions of dictatorship, said the Chairman of the Duma Committee on international Affairs, head of the Russian delegation in the Assembly Alexei Pushkov.

Earlier, the speaker of the state Duma Sergey Naryshkin said that the Russian delegation decided to abstain from participating in the January session of the parliamentary Assembly of the Council of Europe.

“This is the concept of dialogue (which was suggested by the PACE President Anne Brasseur), in my opinion, does not stand up to scrutiny, because it is an unequal dialogue – in the conditions when delegation may not vote, may not participate in any meetings of the PACE Bureau, or standing Committee meetings, that is, deprived of the opportunity to influence decision making, and positions of the PACE. In such circumstances, it is not democratic dialogue, and this is a dictatorship of one party against another,” said Pushkov journalists, commenting on the decision of the Russian delegation to refuse to participate in the January session of the Assembly.