The head of Chechnya Ramzan Kadyrov on 12 January publicly called on to treat the representatives of the so-called nonparliamentary opposition as enemies of the people, which caused a massive reaction. 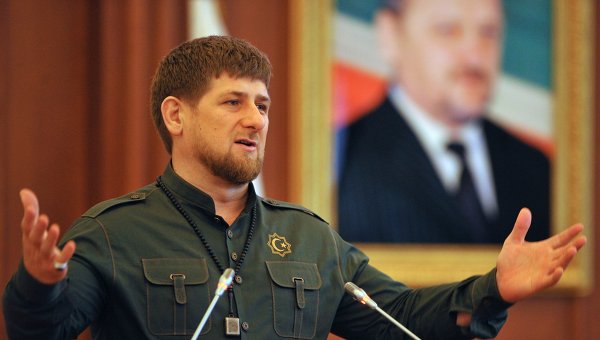 MOSCOW, 18 Dec –. Russian human rights activists and other public figures believe that the head of Chechnya Ramzan Kadyrov “should be immediately removed from office” after his public statements about the opposition. The corresponding statement was signed by dozens of civil society leaders.

Kadyrov on 12 January publicly encouraged to refer to “the representatives of the so-called nonparliamentary opposition as enemies of the people, as traitors… and to judge on all severity for their subversive activities.”

The statement said that the citizens ‘ right to freedom of peaceful political activity, including the opposition, is one of the basic human rights. This right may be exercised irrespective of whether the registered Association, or acts in an informal, “non-systemic” manner, says the text.

The fact of the threats made by heads of Executive authorities of the subject of Federation to the part of civil society in Russia is unacceptable not only in moral but also in legal terms, but not for the opposition in a democratic society it is normal to draw attention to the shortcomings of the economic policies of the government and to criticize the government, the authors write.

Accusations of betrayal and of Subversion only for participating in peaceful political and social activity has the character of a direct threat, the document says.

A statement to the public that “Ramzan Kadyrov should be immediately removed from office,” has signed human rights activists Lyudmila Alekseeva, Lev Ponomarev, Boris Altshuler, writer Vladimir Voinovich, a member of RAS Alexander Belavin, politician Leonid Gozman, historian and public figure Andrei Zubov, politician Andrei Piontkovsky, one of the leaders of the party “Yabloko” Valery Borshchev. The leader of the party “Yabloko” Grigory Yavlinsky also supported signatory, although not put his signature under the document.