A bill amending various legislative acts of Russia regulating the conduct of elections and referendums, recommended the lower chamber of Parliament for adoption in the first reading. 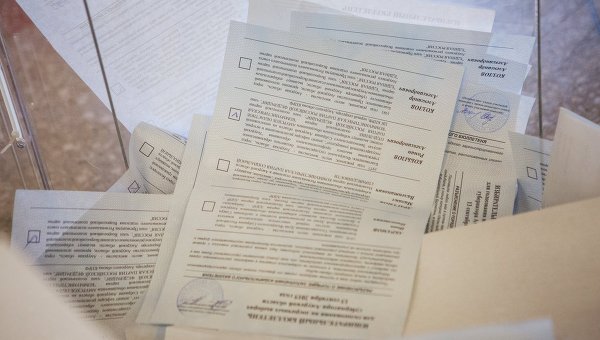 MOSCOW, 18 Jan. The state Duma Committee on constitutional legislation and state construction recommended the lower house of Parliament to adopt in the first reading the bill on amending various legislative acts of the Russian Federation governing elections and referendums in Russia.

In the explanatory Memorandum stated that the bill is aimed at addressing issues identified during the monitoring of law enforcement activities during the 2014-2015 and improve the legal framework, which should be able to hold elections of state Duma deputies and combined them with regional and municipal elections in 2016 in a single legal field.

“Proposals for the amendment of legislative acts is also due to the fact that, since the publication of the Federal law “On elections of deputies of the State Duma of the Federal Assembly of the Russian Federation” works on introduction into legislative acts of the Russian Federation of the changes caused by the adoption of this Federal law, was not carried out in full”, — stated in the document.

The bill proposes to provide that individuals who are not individual entrepreneurs, shall not be entitled to perform works (provide services) for the production of printed election campaign materials. Also, in accordance with the project, it is necessary to introduce legislative provision designed to eliminate the need for labelling of pre-election campaign materials familiar information products.

In addition, the bill regulates the procedure for placement on the ballot these candidates with the same surnames, names and patronymics.