MOSCOW, January 18. Capital outflow from Russia may reach about $50 billion in 2016; in the fourth quarter of 2015, the outflow was drastically less than the forecast of Ministry of economic development, said the representative of the Ministry. 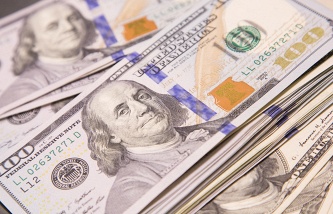 “It (posted on Monday the CBR preliminary data on the outflow of capital from Russia – ed.) radically smaller than we expected. By the end of 2015 overall outflow amounted to us $56.9 billion Our estimate in December 2015 was $67 billion By the end of 2016 capital outflow could be around $50 billion,” according to the Ministry.

Earlier on Monday the Bank of Russia has published data showing that net capital outflow in 2015 of the Russian Federation amounted to us $56.9 billion, from 153 billion in 2014 While net capital outflows from Russia in the 4th quarter of 2015 amounted to $9.2 billion In the 3rd quarter, according to the regulator, the inflow of capital into Russia reached $3.4 billion

The Central Bank reported that unlike previous years, the main component in the structure of net export of capital was the repayment of private external debt. The most significant was the reduction in external liabilities of banks, which was carried out not only through the sale of foreign assets, but at the expense of funds accumulated on current account transactions.