The growth rate of China’s GDP in 2015 in annual terms slowed to 6.9%, showing the worst performance in the last 25 years. The adviser of Institute of modern development Nikita Maslennikov believes that to be the signal for Russia. 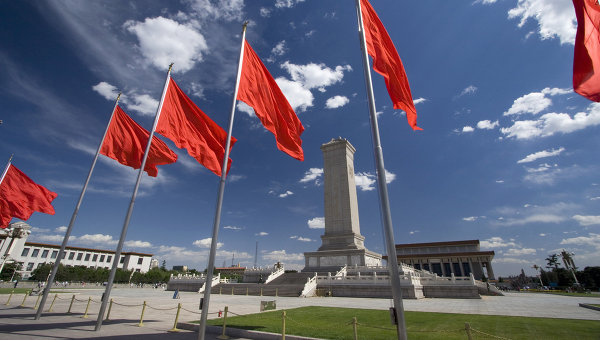 MOSCOW, 19 Jan. The slowdown in China’s GDP and increasing the turbulence on the financial markets should be an occasion for the Russian authorities as soon as possible proceed to structural reform in its own economy to avoid falling into a deep and protracted recession, said the adviser of Institute of modern development Nikita Maslennikov.

“What is happening in China, is a further signal that Russia’s need to unfold the structural agenda. Moreover, the main points of it are formulated in the first half of last year,” said Maslennikov.

On Tuesday the National Bureau of statistics of China released a report, according to which the GDP growth of China in 2015 in annual terms slowed to 6.9% compared to 7.3% in 2014, which is the worst indicator for the last 25 years.

The expert noted that the figures coincided with forecasts of economists. “This is a trend that is expected was for all and especially for participants of global financial markets,” he said. Maslennikov recalled that analysts at the IMF and world Bank talked about the slowdown in the Chinese economy in April of the current year.

The reason for reforms

In early January the world Bank cut its forecast for global growth in 2016 from 3.3% to 2.9%, while, according to his forecast, the GDP of China in current year growth will slow to 6.7%. A similar review in the near future will make all global institutions, the expert believes.

But the main challenge for 2016 is not that you have to review the effect of the Chinese deceleration in the global economy, and the fact that all major countries will have to coordinate their actions and courage to move towards structural reforms.

“China, despite the problems, the course of reforms endures. As difficult as it is. Do this and other countries. And it is time for us to integrate into this global trend of regulation as quickly as possible and thoroughly,” said Maslennikov. The situation would be much worse if China had not started structural reforms, the expert believes. “The collapse in this case would be even more and it would cause a deep global recession,” said he.

“Chinese risk big, but the Chinese experience with proper analysis and consideration gives all a good chance to get out,” said Maslennikov. “China’s experience shows the risks that arise in the course of the reforms, and how it finds a solution for all the dramatic conflicts”, — he said. In his opinion, Russian authorities should pay close attention to this experience.

“The excess burden of government regulation imposes on Russian private sector additional costs of about 800 billion rubles a year. If any signals for business followed that the government plans to reduce them, the economy would have responded by strengthening investment motivations. Until it happens,” he said.

Another challenge that we will have to meet the economic authorities around the world in 2016, is far more substantial coordination of policies of the leading countries, and first of all, the “big twenty”. Maslennikov said that this collaboration has already begun among Central banks of China, USA and Europe. “Even the Bank of Japan, despite conflicts in foreign policy, interacts with the Chinese Central Bank”, — he noted.

“But some of the monetary authorities is not sufficient: it is necessary to coordinate investment and structural policies and reforms that are in all countries,” said Maslennikov.

“The Chinese experience shows that structural reforms, even if you really don’t want to hold them, still inevitable. Otherwise it is impossible to escape the risks that affect each major, important economy. And this is a global trend. This is done both in Europe and in developing countries, and in the United States. Russia, unfortunately, this trend is lagging behind all, and this is the risk of erosion in the competitiveness that we have,” — said the expert.

International coordination of these reforms – the one and main agenda items 2016 for governments of all countries, the expert believes. According to him, the new IMF report on the global economy, which will be published in April this year, will be devoted to this main theme: what happens from the point of view of structural rearrangements in all economies, and what conclusions the authorities need to make for themselves.