MOSCOW, January 19. Some members of the UN security Council attempted to disrupt a meeting on Syria on 25 January, said Tuesday in an interview with TV channel “Russia 24”, the permanent representative of the Russian Federation to the UN Vitaly Churkin.

“In recent weeks we literally watched the attempts of some members of the Security Council (UN) to sharpen, to dramatize the humanitarian situation in Syria, linking the decision of those or other humanitarian issues with the beginning of negotiations. That is, here we saw the attempt to subvert the start of negotiations,” he said.

“At the moment this attempt is beaten off”, – the diplomat added, without naming specific countries who were trying to derail negotiations.

Churkin believes that the international community has now reached “the highest point” on the organization of joint actions on the Syrian issue. “This includes the establishment of an international support group Syria, and to the resolution 2254. After all, this is the first in all the years of the crisis, the Security Council resolution on political settlement, which was adopted, adopted with a unanimous,” said he.

“It has gained a very serious pace. In my opinion, there is a historic opportunity not to be missed,” said Churkin.

In the beginning of the January 25 negotiations between the Syrian government and the Syrian opposition remains uncertain, said Russia’s permanent representative to the United Nations.
“While there is some uncertainty regarding whether these negotiations are going or not,’ he said. – The fact that, as complained (special representative of the UN Secretary General), Staffan de Mistura, and the one and the other party objects to the participation of those or other persons on the other side in these negotiations”.
The Ambassador noted that the representatives of both sides in the negotiations on the conflict settlement “expect a lot from tomorrow’s meeting in Zurich Sergei Lavrov with John Kerry” and hope that this meeting will be another step to the beginning of negotiations on January 25.
Adopted on 18 December the UN security Council resolution in support of the Vienna agreements on the peaceful settlement of the conflict in Syria provides for the entry into negotiations by the Syrian opposition and the Syrian government (in January 2016) that will lead to the formation of the government, adopting a Constitution and holding General elections within 18 months.

The entry of foreign ground troops was not discussed

The issue of entry of foreign ground troops in Syria on the international level is not discussed, said made by the permanent representative of the Russian Federation to the UN Vitaly Churkin.

“It is not” – he said, answering the question whether at international platforms to address the topic of entry of foreign ground troops in Syria – “Another thing is that there are known acts of American special forces, but this is a very limited number of specially trained people”.

UN: the beginning of the negotiations on Syria in Geneva is still slated for January 25

Mogherini: political negotiations on Syria in Geneva must be running

“Land forces: neither the Americans, no one from Western, and not only Western, I believe, participants of this drama to enter the territory of Syria will not be”, – said Churkin.

The Ambassador noted that the attitude to Russia’s actions in Syria on the grounds of the UN “diverse”. “Those who sympathize with Russia and adequately understands the motives of our actions, those who did not set itself the task of overthrowing the regime in Damascus, but really proceeds from the priority of fighting terrorism in Syria – those certainly support these efforts,” – said Churkin.

According to him, the Western partners continue to maintain skepticism and say that all actions of the Russian Federation, which strengthens the position of the government in Damascus are counterproductive, “because only discourage moderate opposition”.

“They (Western partners – approx.) “filling the tree”, there is no focus in their actions,” concluded the envoy.

The crisis in relations between Iran and Saudi Arabia should not affect the settlement of the Syrian conflict, said Vitaly Churkin.

“The aggravation of relations between Saudi Arabia and Iran in the beginning of this year was an unpleasant surprise, and many began to fear that it may adversely affect the whole regional environment, on the efforts in resolving the Syrian crisis, attempts to resolve the Yemeni crisis… But yesterday (the special representative of the UN Secretary General for Syria) Staffan de Mistura said in the security Council that he and the Saudis, and the Iranians claim that Syrian Affairs that this particular crisis in their relationship will not affect”, – said Churkin.

The crisis in relations between Riyadh and Tehran broke out on 2 January after the execution of the Shiite preacher Nimr al-Nimr. In response to the Iranian protesters staged riots in the Saudi diplomatic missions in the Islamic Republic. Following this, Saudi Arabia and Bahrain, Sudan and Djibouti broke diplomatic relations with Iran, demanding that the Iranian diplomats to leave their territory. United Arab Emirates downgraded its relations with Iran to the level of attorneys and reduced the number of accredited Iranian diplomats, foreign Ministry of Kuwait has recalled its Teheran Ambassador. In addition, Saudi Arabia and Bahrain has ceased all connections with the Islamic Republic.

To talk about the departure of Assad can only “irresponsible provocateurs”

In the current political situation to talk about caring (Syrian President) Bashar al-Assad can only “irresponsible provocateurs”, said Vitaly Churkin.

White house: US needs clarity on the future of Assad’s removal

Putin: the blame for the civilian casualties in Syria on those who are fighting against Assad

“At this stage it’s just provocateurs. Because everyone is absolutely clear, agreed upon a political process. In the same resolution 2254, Vienna instruments, two that were adopted – they are about the fate of Bashar al-Assad. Everyone understands that it is necessary to begin negotiations, what about the opposition says, one way or another, the question of the fate of Bashar al-Assad will be discussed. But if you start your reasoning that he’s got to go, you’re just irresponsible provocateur who, on the basis of its advocacy position, ready to disrupt the political process”, – said Churkin. He added that “luckily, they (the instigators) does not have a decisive impact on the negotiation process and the political process, but if they got rid of their phobias, it could play a more constructive role in promoting a political settlement.

On 13 January the US announced a “necessary clarity” about future departure from power in Syria, the current President of the country Bashar Assad. Key foreign policy Advisor to Barack Obama in the White house Ben Rhodes stressed this, answering a question at a briefing for foreign journalists in Washington. However he said he “could not provide a specific period of time” when such a step-Assad must become a reality.

The United States believes that Assad is “in practical terms, unable to restore the legitimacy and control of their country,” said Rhodes. His departure “may occur not at the beginning” of the settlement process, but “need clarity” regarding the future care, he explained, adding that “the United States warned Russia and Iran, otherwise the process will fail”. 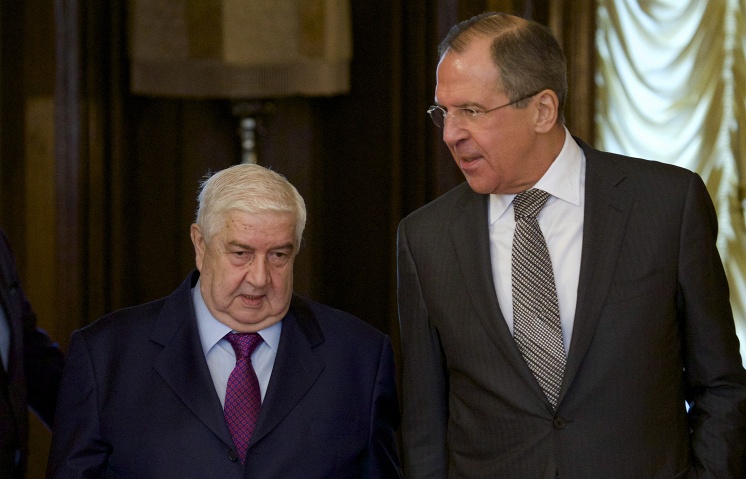