The Crimean authorities have identified the 4 main positions that need to change. Among them – a ban on the alienation of movable and immovable property. 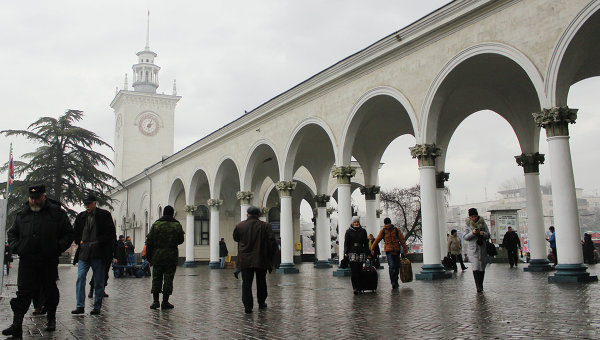 SIMFEROPOL, 18 Jan –. Crimean authorities want to consolidate the Crimeans the right of a three-year deferral on repayment of loans taken in Ukrainian banks before the reunification of the Crimea with Russia, said the Minister of economic development of the Republic Valentin Demidov.

Crimea became a Russian region after the March 2014 referendum. After that, Ukrainian banks refused to pay the funds that are in accounts of the Crimean citizens. The total number of victims — more than 200 thousand people, at least a third of the defrauded clients of PrivatBank. The obligation to compensate for the loss of the Crimean people, whose deposits do not exceed 700 thousand rubles, took over the Russian Fund of protection of depositors (FSW).

The state Duma in the end of December, adopted in the third final reading the law on the special redemption and extrajudicial settlement of debt of borrowers living in Crimea and Sevastopol before the Ukrainian banks. The head of the Republic Sergey Aksenov said that the law on collection of debts not final and will be adjusted.

According to Demidov, the Crimean authorities have identified the 4 main positions that need to change. Among them — a ban on the alienation of movable and immovable property.

“We also ask to have the right to defer repayment for at least 3 years, in connection with the economic situation that we have. In addition, we want the collection company, who will work, only worked through a Fund rather than directly with the residents” — quoted Demidov press service of the head of the Republic.

The Minister stressed that the adopted law determines the number of positive points.

In particular, it removes the constraint from the property which was in pledge. In addition, the document recorded the value of the currency of the loan at the time of March 2014.

“36 rubles to the dollar is a very beneficial course. A moratorium on fines and penalties”, — said the Minister.