SAMARA, January 19. /Corr.TASS Alexey Sokolov/. The joint venture GM-AVTOVAZ Thursday starts the pipeline and resume production after winter corporate vacations. About it reported in a press-service of the enterprise.

“The conveyor of GM-AVTOVAZ will resume operation in a normal five-day working week”, – said earlier in a press-service.

In accordance with the production schedule, winter corporate vacations at GM-AVTOVAZ lasted from December 24 to January 18, inclusive. In the period of planned shutdown, the company carried out preventive maintenance of equipment. 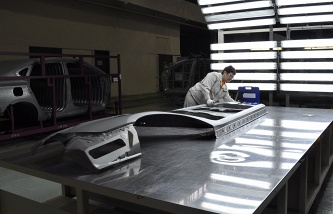 AvtoVAZ starts the conveyor after the Christmas holidays and vacation

In December of 2015 GM-AVTOVAZ went into corporate winter vacation a week earlier than last year – in 2014, the holiday began on 31 December and lasted through January 18. In addition, from 1 to 11 may 2015, the plant had suspended production due to “the may holidays”, and from July 27 to August 16, left for three weeks in summer corporate holiday. In July 2015, the plant switched to a 4 day working week – Monday to Thursday. The decrease was due to low purchasing power, difficulties in obtaining customers Bank loans, problems with low liquidity from dealers. Earlier it was planned that 4-day treatment will be provided until the end of 2015, but in early November the plant was back to 5-day working week.

GM-AVTOVAZ is a joint venture of “AVTOVAZ” and the American company General Motors in Togliatti. Produces the Chevrolet NIVA vehicles since 2002.