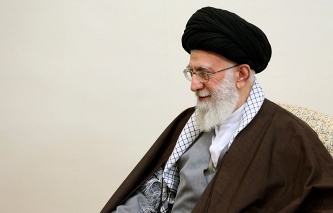 Ayatollah Khamenei: the lifting of sanctions was insufficient to improve economic conditions in Iran

“The position of Iran, which has the largest gas reserves in the world, allows it to sell gas to all countries”, – quotes on Tuesday, the Mehr Agency the words of Iranian officials, welcomed the visits to Tehran of partners from Europe, with the aim to intensify bilateral relations in the field of energy and gas.

According to Ramezani, the export of energy should not be restricted to neighbouring countries or the region, “respectively, the supply of gas to remote countries, especially in member countries of the EU, should be included in the agenda”.

In this connection, he especially stressed that “the export of gas to Europe has international and political advantages in addition to economic benefits”. “Currently, Russia sells gas to Europe, supplying it through a pipeline to a length of 3 thousand kilometers. Iran can also put” – expressed the opinion of the Director NIGC. “We welcome the talks with the EU on expanding the relations in the gas and energy spheres,” said Ramezani, adding that “for transmission of natural gas to European countries worked out different routes.” So, according to the Director of the Iranian company, “natural gas could be supplied to Europe via the Black sea, Syria, Iraq, Turkey or via multiple pipelines”.

Ramezani also said that “the Iranian gas production has a low cost, which is its main competitive advantage for exports to the EU”. “Foreign trade policy of Iran in the era of postcyclone requires diversification of its gas export markets,” added the Iranian official.

As noted, in this regard, the Agency Mehr, the European Commissioner for energy and climate Miguel arias Cañete said yesterday that in February 2016, the European Commission will hold the first technical assessment aimed at studying the potential of cooperation with Iran to import gas to the EU. For this special the EU delegation will visit Iran for a two-week visit. One of the objectives of the European Commission is to promote the export of Iranian gas by pipeline and deliveries of liquefied gas from Iran in the framework of the EU project “southern gas corridor” (the expansion project of the South Caucasian gas pipeline Baku-Tbilisi-Erzurum – approx. Corr.).