The head of Chechnya Ramzan Kadyrov said that meant those who left the country and those who slandered Russia. Also, according to him, he didn’t mean “legitimate opposition, raising the social and economic problems, housing and others.” 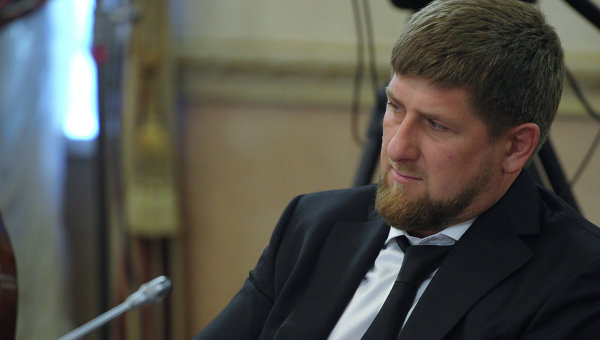 MOSCOW, 18 Jan. The head of Chechnya Ramzan Kadyrov responded to criticism regarding his statements about “non-systemic opposition”, stressing that it was about those who slandered the country and not of “legitimate opposition” that raises important issues.

Kadyrov said earlier that non-systemic opposition is not interested in a prosperous and strong Russia and is trying to cash in on the difficult economic situation. In his opinion, such people should be treated as “traitors”, and judge “for their subversive activities.” Criticism of these statements were made by politicians, public figures and human rights activists, some of them expressed the view that the head of Chechnya should be removed from office.

“I made a firm statement about those who left Russia and there slinging mud and slanders on our country. They threaten Russia, travel to USA, the capital of Europe, you know what to impose sanctions to undermine the economy, security, stability in Russia. Also threatening 30 seconds to return to the Crimea. It is not clear where! It’s their and their henchmen within the country I had in mind, speaking about the prosecution of non-systemic opposition”, — said Kadyrov on his page in Instagram.

He added that he did not mean “legitimate opposition, raising the social and economic problems, housing and others.”

Kadyrov also stressed that “people, always looking toward the West”, he does not consider part of society. “They immediately began to make loud statements about the threats and other things. Frankly, I’m not threatened!” — Kadyrov wrote and instructed to prepare in psychiatric hospitals VIP seats for those who are “hurting Russia”.

Among those who criticized the statements of Kadyrov, was the Commissioner for human rights in Russia Ella Pamfilova. “I don’t understand why made a sharp statement dear me Commissioner for human rights Ella Pamfilova, who has not previously acted in such a form that would be in the country. I think that Ella Alexandrovna was too hasty,” — wrote the head of Chechnya.