GROZNY, January 18. The statements of the head of Chechnya Ramzan Kadyrov were not directed against the “legitimate” opposition. He stated this on his page in the social network.

“I made a firm statement about those who left Russia and there slinging mud and slanders on our country. They threaten Russia, travel to USA, the capital of Europe, you know what to impose sanctions to undermine the economy, security, stability in Russia. Also threatening 30 seconds to return to the Crimea. It is unclear where! It’s their and their henchmen within the country I had in mind, speaking about the prosecution of non-systemic opposition. It was not about the legitimate opposition, raising the social and economic problems, questions of housing and communal services and other”, – said Ramzan Kadyrov. 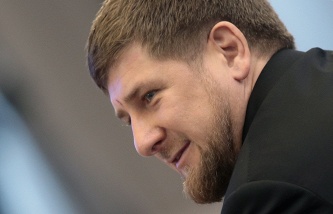 The head of Chechnya wonders why the sharp statements were also made by them dear Commissioner for human rights in Russia Ella Pamfilova, who formerly “did not appear in such a form that would be in the country no matter what.”

“I personally these people, always looking toward the West, I do not consider part of our society. They immediately began to make loud statements about the threats and other things. Frankly, I wasn’t threatening! If they took my opinion as a threat, then understand that we are for Russia, for our Fatherland killed and willing to do anything to protect our Homeland. A healthy society, which are more than 146 million Russian citizens, should not allow itself to be drawn into the campaign of slander”, – said Ramzan Kadyrov.

He explained that the people about whom he says, are engaged in chatter “for it to receive the handouts of the West. And for these handouts. Most likely, the mentally ill,” wrote the head of the Republic.

According to him, he asked the heads of the Gudermes and Achkhoy-Martanovsky districts to prepare local psychiatric hospitals “VIP seats”.

“If you need the intervention of psychiatrists, we are ready to provide, to those who are hurting Russia, worthy of the chamber and experienced physicians. But experts say that even the photo of this bunch of people can see that they really are in need of urgent treatment and rehabilitation,” he added.