GORKI, January 19. Prime Minister Dmitry Medvedev is sure that the free privatization of housing could not continue indefinitely, however, requires the Cabinet of Ministers to consider the interests of the residents of Crimea.

“The main wave of privatization was, however, able to consider different options and, of course, you need to consider the specificity that concerns the residents of the Crimea, because they have long acted other rules”, – said the head of the Cabinet of Ministers at meeting on questions socially-economic development. 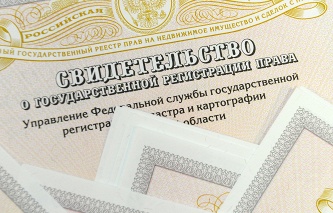 Putin signed the law on extension of free privatization of housing until March 1, 2016

Moreover, Medvedev instructed first Deputy Prime Minister Igor Shuvalov together with the concerned ministries to consider possible improvements to the mechanism of cadastral valuation of housing taking into account regional specifics, because it affects the amount of property tax for individuals.

“In preparation for the introduction of this mechanism also became clear that systematic problems with the quality of real estate appraisal, uniform residential premises are evaluated differently, and this difference is not always justified. It people annoying. You need to decide whether you want to further elaborate the mechanism of cadastral valuation taking into account regional specifics,” said Medvedev.

He said that he gave the relevant instructions to first Deputy Prime Minister Shuvalov and the Ministry of economic development.

Medvedev recalled that the calculation of real estate tax for individuals depending on cadastral valuation should help to ensure balanced regional budgets, to provide the regions with additional funds for infrastructure development.

“In all regions was determined as the cadastral value of real estate. In December 28, the residents of the regions should receive the corresponding payment documents,” he said. As he noted, this issue requires further discussion at the meeting, “to place all points over i”.

On ensuring the rights of citizens

The Prime Minister also believes it necessary to consider the question of “how to ensure the rights of citizens living in emergency or dilapidated housing and who are registered as needy.” Another category of people are orphans. “It is obvious brand that you need to guarantee the right to housing for orphans, the bill already prepared, it was approved by the government and is in the State Duma and provides preservation for orphaned children the right to free privatization of housing after the end of its official term,” said Medvedev.

“Although it is possible to extend these deadlines indefinitely is impossible because the Institute for privatization is due to the fact that the vast majority of apartments that were created in 1991, belonged to the citizens under a contract of employment of social order,” he said. However, he suggested that the government “may consider different options.”