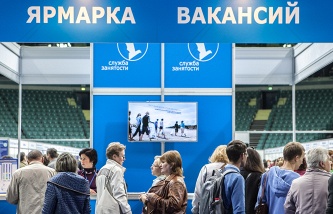 Medvedev: anti-crisis plan helped to neutralize the impact of external factors on the economy

The Kremlin: a sharp decline in incomes of Russians in the current year did not happen

MOSCOW, January 19. The leader of the faction “Fair Russia” Sergey Mironov intends to offer during today’s speech at the plenary session of the state Duma to invite the lower house of Parliament Chairman of the government of the Russian Federation Dmitry Medvedev and the head of the Central Bank to ensure that they are reported on the application of anti-crisis measures.

“Today, I will offer the State Duma to call the Prime Minister, the Chairman of the Central Bank the state Duma with the report on what actually taken by the government and the Central Bank in fighting the crisis and in the context of improving the socio-economic situation in our country and the social well-being of our citizens”, – said Mironov on Tuesday to journalists.