The substitution of Turkish domestic components in the production of AVTOVAZ could support Russian small and medium businesses, as well as to help the recovery of the automotive industry, says member of the state Duma Vladimir Gutenev. 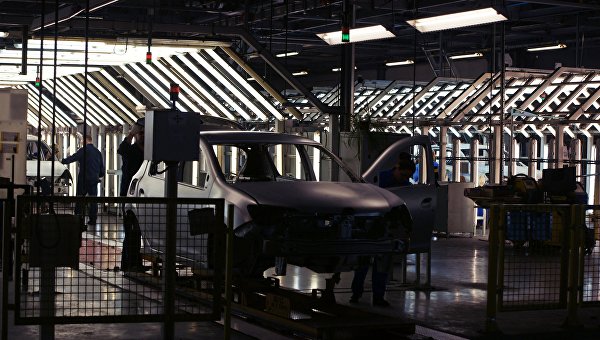 In his opinion, for the development of the Russian economy the government should not wait until “our economy will spill the Golden rain and the price of a barrel of oil will rise to $ 80-100, and start with a clean slate”. The MP believes that Russia has a number of opportunities, even in challenging industries, for example, in the automotive industry.

“The substitution here could create for small and medium businesses a large number of jobs and the possibility of obtaining economic preferences. For example, JSC “AVTOVAZ” among its foreign suppliers has not quite friendly Turkey, 2300 names of components AVTOVAZ gets out of there. And most of these components of our small businesses could learn. We are not talking about creating 2300 small businesses, but it’s hundreds of small companies and thousands of jobs,” — said Gutenev at the meeting of the state Duma.

The MP believes that it is necessary to continue the state support, the domestic auto industry has already received. It is about the recycling program and preferential loans, leasing vehicles, subsidies for purchasing gas-engine vehicles for the regions and machines for offices of power, he explained.

“The result is we see a new product of AVTOVAZ actually became European in quality. To attract industry in small and medium-sized businesses need affordable and long-term money, which they can purchase manufacturing equipment and to start production,” he said, noting that the military-industrial complex is also ready to integrate the enterprises of small and medium business as suppliers of components.