MOSCOW, January 19. The Chairman of the state Duma Sergey Naryshkin invited the EU to impose sanctions against Kiev for the failure of the Minsk agreements. 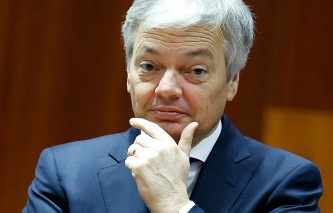 “I want to believe that the position of France, of Germany, which, by the way, this year chairing the OSCE, will become completely constructive and objective, and advocates of extending the anti-Russian restrictions will understand that, following their logic, should declare sanctions not Russia, but official Kiev, (it) leaders for egregious violations and timing, and the essence of the Minsk agreements”, – said Naryshkin, opening the spring session of the chamber.

December 30 heads of States “channel four” agreed to extend the expiration date of the Minsk agreements by 2016. As reported by the press service of the Kremlin, “the leaders discussed in detail the remaining tense and volatile situation in the South-East of Ukraine in the context of the implementation of the agreed 12 February 2015 in Minsk agreements. Agreed to extend the period of validity for 2016. Noted the importance of further work of the contact group for the full and comprehensive implementation of the Minsk package of measures”.

The Position Of Poroshenko

Earlier the President of Ukraine Petro Poroshenko the possibility of creating a new format for the conflict settlement in the Donbass. “Minsk-3″ does not exist and, I hope, will not exist,” he said. 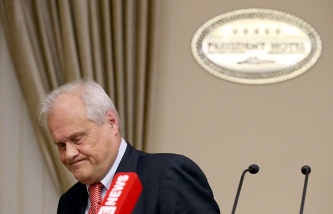 However, in his opinion, the existing Minsk agreements “need a new road map, new dates.” The President also set the task in 2016 to return to Ukrainian sovereignty in the Donbass. “I outlined the following priorities for 2016. First of all – peace and stress – the return of Ukraine in the Donbass. In 2016 there should be a restoration of the Ukrainian sovereignty in the Donetsk and Lugansk regions”, – said Poroshenko.

In his words, “the return of the Donbas will be resolved by political and democratic means”.

Poroshenko also noted the obligation to complete the performance by the parties of the conflict achieved in 2015 year of the agreements. “We need full implementation by all parties to all points of the Minsk agreements. No audit, we don’t allow this,” he said.