According to chief Palestinian negotiator Saeb Oreikat, “the spy who was arrested in Ramallah two weeks ago, had concerned matters of policy and negotiation process”. 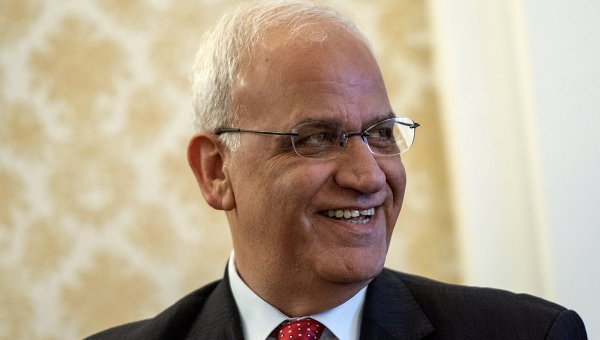 GAS, 18 Jan –. Chief Palestinian negotiator Saeb Erakat confirmed the arrest of an employee of his office on suspicion of espionage in favor of Israel, but said he did not have access to important information due to the insignificance of official position.

The exposure of the spy in Oragadam headed the Department for disarmament negotiations of the Palestine liberation Organization (PLO) said yesterday the Palestinian media, without naming the detainee by name or position.

“The spy who was arrested in Ramallah two weeks ago, had concerned matters of policy and negotiation process. He was an ordinary administrative employee,” said Areikat on the phone.

Areikat also occupies the post of Secretary of the Executive Committee of the PLO and is considered one of the closest associates of Palestinian President Mahmoud Abbas. He heads the Palestinian delegation at the peace talks with Israel, which are now frozen.

Under Palestinian law, collaboration with Israeli intelligence, along with murder and drug trafficking attracts capital punishment.

On the West Bank of the Jordan river provides for a presidential moratorium on the death penalty. In the Gaza Strip, controlled by Islamist opposition movement Hamas, such sentences regularly endure and execute. Last week a military court sentenced to death by hanging four brothers, recognised guilty of espionage in favour of Israel.