NEW YORK, January 19. /Corr. Kirill Volkov/. Popular men’s magazine Penthouse will no longer be published in print and will be published exclusively online. This was announced by the company FriendFinder Networks, which publishes the magazine “for adults”. 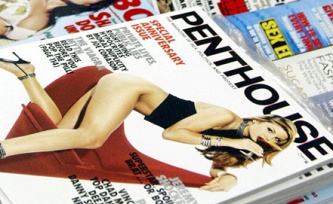 The publisher of Penthouse, filed for bankruptcy

According to the statement, which the newspaper cites The Wall Street Journal, the publisher has gone to such a step, “to match preferred methods of consumption of media content” to modern readers. It is noted that the contents of the log will not change.

The exact date of full transition to the online version is not yet named. It is also reported that the office of the journal in new York will be closed, and the editors will move to Los Angeles, where the headquarters of the FriendFinder Networks.

The Penthouse magazine was founded in 1965 in the UK, in 1969, the first issue in the USA. The publication features the publication of more explicit material and photographs than its closest competitor Playboy. Publishers last last year announced a change to the concept, deciding not to publish in its printed version photo fully naked women.

In the time of greatest popularity of the monthly edition of Penthouse was about 5 million copies. In recent years, it decreased to approximately 110 thousand copies a month. In 2013, FriendFinder Networks files for bankruptcy protection, but she managed to stay afloat thanks to a restructuring.