MOSCOW, January 19. Small and medium businesses will be able to get a loan in the 12 largest banks at 10-11% per annum. This was announced by Deputy Director General, Federal Corporation for the development of small and medium enterprises Maxim of wisdom on the forum “Small business – national idea?”, organized by “OPORA Russia”. 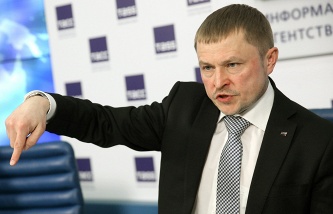 These loans were made possible thanks to the specialist tools of refinancing of Bank of Russia. The first such loan was granted by VTB, he said.

“Program “6.5 percent” is being implemented with the active support of the Central Bank. In the framework of the new SME projects can be refinanced by banks in the RF Central Bank at 6.5%. This low rate, the output for the subject of SMEs will be the final rate for medium businesses is 10%, for small business, the maximum rate of 11%. The new program, we have issued only one loan with VTB” – said Deputy General Director of the Corporation. According to him, such a loan can be obtained at the 12 biggest banks.

Wisdom noted that in 2016 the volume of issue of guarantees by the Federal Corporation will amount to 30 billion rubles.

“Now we are working on channeling. All entries that now included in the system of the small and medium-sized businesses go through banks. We now want to expand this and get the application not only through banking channels, but also by large and medium-sized, priority projects, and through the whole infrastructure,” he said, explaining that it is about providing the opportunity to apply for loans through the MFC. “Our goal is to launch this calendar year,” added wisdom.