The main indicators of socio-economic development, the industrial production index and agriculture of Karachay-Cherkessia is located at the national level, said the head of the Republic Rashid Temrezov. 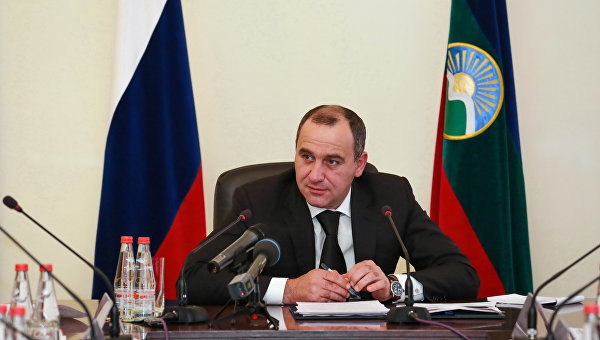 MOSCOW, 19 Jan. The head of Karachay-Cherkessia Rashid Temrezov told Russian President Vladimir Putin that the region first came from the category of special ‘highly subsidized’ and none of the investors did not abandon projects that are in high readiness.

At the meeting, Putin asked the head of the region, as is the situation in KCR. Temrezov assured that all is well. “Compared with 2014 good, because we in 2014 still was reduced, but in 2015, I believe that we will align… On the main indicators of socio-economic development, I believe that we are at the national level, the index of industrial production, agriculture and other areas. I can say that the Republic was first out of the category of subjects of special ‘highly subsidized’. We became dependent subject. This great work was carried out we have to mobilize our own income. But as practice has shown, we have reserves, we will, of course, to work”, — said Temrezov.

Putin inquired about the budgetary security of region. “About 62 percent”, — said the head of the region. “In principle, nothing,” he said.

Also the head of the KCHR, told about execution of President’s decrees. “What comes to your 2012 presidential Executive orders, by all the indicators that we have today on the roadmaps, we have met them all unobjectionable. And I believe that this is our main task”, — said Temrezov.

According to him, the regional authorities by January 1, 2016 planned to completely eliminate queues in kindergartens. “In 2016, we close this problem from three to seven (years) and simultaneously addressing the issue from zero to three (years). The construction of social facilities it plus everything else and liquidation, including, and employment. Although, at the same time, we understand that a lot of social infrastructure, engineering infrastructure, and at the same time, we believe that, according to your instructions, time to move on to the real economy, what we today, with the government of the Russian Federation are working rather closely”, — said the head of the region.