WASHINGTON, January 19. The international monetary Fund (IMF) worsened the forecast of falling of GDP of Russia in 2016 to -1% to -0,6% in the previous forecast. This is stated in the updated forecast of the world economy from the IMF.

In this case, the Fund forecast that in 2017, Russian economy will start to grow and the GDP will increase by 1%. 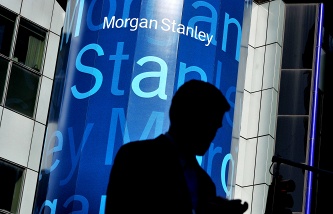 “It is expected that Russia, which continues to adapt to low oil prices and sanctions by Western countries, will remain in recession in 2016. Other countries of the Commonwealth of Independent States have been affected by the recession in Russia and geopolitical tensions, as well as, in some cases, and internal structural weaknesses and low oil prices; according to the forecast, growth in these countries will be small in 2016, but will accelerate in 2017”, – stated in the IMF report.

According to the IMF, advanced economies will continue to be small and uneven recovery, with a gradual further reduction of the gap between actual and potential output.

“Downside risks to global prospects still biased to the downside for growth and are associated with the ongoing adjustments in the global economy: a General slowdown in the emerging markets, rebalancing in China, lower commodity prices and a gradual tightening of unusually accommodative monetary conditions in the United States. If the difficulties associated with these key processes will not be successfully overcome, global growth could stall”, – stated in the IMF report.