Yevgenia bavykina was on the post of Deputy Prime Minister since June 2014. She left a post at own will. 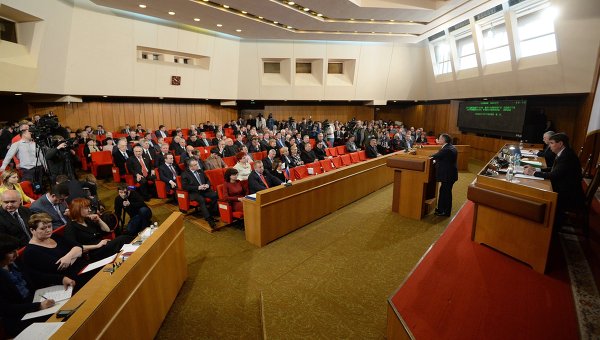 SIMFEROPOL, 19 Jan –. The state Council of the Crimea agreed on the dismissal of Vice-Premier of the Crimean government Yevgenia Bavykina, supervising the economic block.

“To negotiate the release of Yevgenia bavykina Glebovna from the post of Deputy Chairman of the Council of Ministers of the Republic of Crimea”, — is spoken in the resolution adopted at the extraordinary session of the Crimean Parliament on Tuesday.

Bavykin held a post of Vice-Premier in June 2014. She began to oversee the economic bloc after the resignation of the first Deputy Prime Minister Rustam Temirgaliev.

Question in the agenda about her resignation made the head of the Crimea Sergey Aksenov. Bavykin has left a post at own will.

Over the past year, the government of the Crimea there were several key resignations: for one reason or another were replaced by Ministers of transport, of tourism and resorts, healthcare, economic development, property and land relations, fuel and energy.

The head of the Crimean branch of the Institute of socio-economic and political studies (ISAPI) Alexander Formanchuk considers that the process of creating a more effective and professional command of the Crimean authorities is not finished, so there will be new staff turnover.