MOSCOW, January 19. Limak and Renaissans company with the Turkish owners – will fight for the construction of terminal B and the tunnel at Sheremetyevo, the project is estimated at $630 million About it has informed journalists the General Director of Sheremetyevo international airport Mikhail Vasilenko. 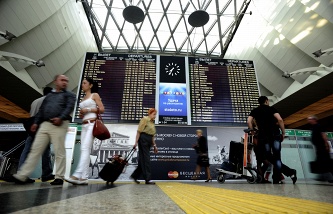 “We have prepared projects for cargo complex at the terminal and through the tunnel, they are already in Glavgosexpertiza, we hope in January to get them. Now there is a competition for the General contractor. Friday was opening the envelopes. Strabag withdrew. Two companies Limak and Renaissans remain. Renaissans is a Russian company, but the owners are Turkish. Or select one genpodrjadchik into two objects, or each object will have its own contractor,” said he.

Vasilenko also said that the decree of the RF government on the consolidation of Sheremetyevo will be released in the coming days.

“The decree of the RF government on the consolidation of Sheremetyevo will be released soon”, he said.

On the purchase of Vladivostok airport

The acquisition of Vladivostok airport at Sheremetyevo is still not closed. “Did not pay the money. We signed an agreement, agreed. 6.2 billion rubles by today’s money funny money. The ball on the side of our partners. The money in my opinion quite adequate with regard to the policy and what is happening in the economy”, – said Vasilenko. 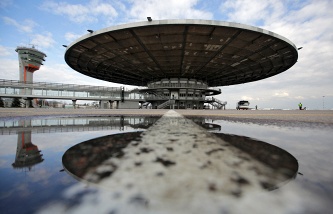 The winner of the competition for the purchase of shares of JSC “international airport Vladivostok and CJSC Terminal Vladivostok” at the Moscow Sheremetyevo airport has become Cantya Investment Limited – the consortium of three companies “basic element”, the Russian direct investment Fund (RDIF) and one of the world’s largest airport operators in Singapore Changi.

The consortium counts on the active development of the airport as the main international hub of the Russian Far East with the participation of leading Asian carriers. The development strategy proposes the expansion of the terminal as passenger growth. The passenger traffic of Vladivostok airport is about 1.7 million people a year.