SIMFEROPOL, January 20. /Corr. Alexey Konovalov/. Autonomy Republic of Crimea restored at the first in the USSR referendum on 20 January 1991, have further allowed us to effectively fight against forced Ukrainization. This was stated by the head of the Crimea Sergey Aksenov Tuesday, the 25th anniversary of autonomy. 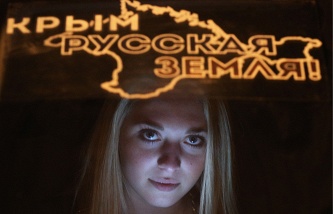 Crimea celebrates 25 years of restoring the autonomy, experts see Parallels with the referendum-2014

“A quarter of a century ago, half a million of the Crimean people – 93% – voted for the restoration of Crimean autonomy within the Union state. It was the first referendum in the space of the then unified state. He laid a political and legal framework for the development of Crimea. Autonomy received a high degree of legitimacy, – said Aksenov, speaking at a solemn event in honor of Republic Day. The Autonomous status allowed us to preserve peace and accord in Crimea and to resist the aggressive Ukrainization, to stay in the space of the Russian world”.

According to Aksyonov, the referendum of 1991 “sowed the seeds of the Crimean soil spring (the events in March 2014, the transition of Crimea into the Russian Federation – approx.)”. “This was our first step on the long road home – in Russia. It ended in a historic referendum on 16 March 2014, which is for reunification with their historical homeland voted almost 97% of Crimean citizens”, – said Aksenov.

In the cities of the Crimea on Wednesday held solemn meetings and processions in honor of Republic Day. In Simferopol took place the laying of wreaths at the monument in the Square of the Republic. It also installed a special design with the inscription #Crimrosservice. Before using this hashtag on social networks called for Feldman.

In 1991 a referendum was passed by the question: “are You for restoration of the Crimean Autonomous Soviet Socialist Republic as subject of USSR and participant of allied agreement?”. The referendum was attended by 1 million 441 thousand 19 people (81.3% of the inhabitants of the Peninsula). Of them responded positively to the question 93,26%.

The return of the Crimea into the Russian Federation

March 11, 2014 Supreme Council of Crimea and the Sevastopol city Council on the background of political crisis and change of power in Ukraine adopted a Declaration of independence of the Autonomous Republic of Crimea and city of Sevastopol. March 16 on the Peninsula with a turnout of over 80% held a referendum, the results of which for the reunification with Russia voted 96,77% of voters of the Republic of Crimea and 95.6% of the Sevastopol. March 18, was signed the Treaty on the adoption of new constituent entities within the Russian Federation.