Asian infrastructure investment Bank may in the future become a very effective instrument for economic growth in Southeast and South Asia, said the specialist on the Chinese economy at the Institute of social Sciences at Tokyo University of Tomoo Marukawa. 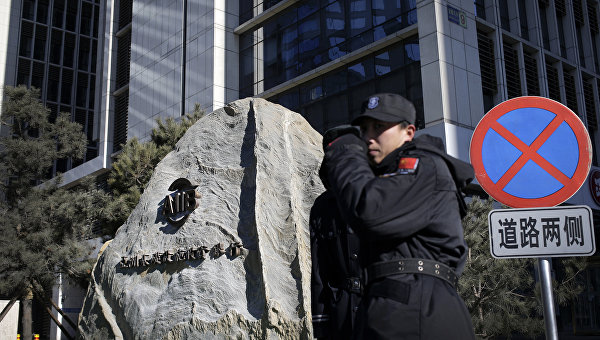 TOKYO, 20 Jan. Ivan Zakharchenko. Asian infrastructure investment Bank (AIIB) can help economic development of the region, but it will take him 10-20 years to become an influential organization, said the specialist on the Chinese economy, Professor, Institute of social Sciences at the University of Tokyo, Tomoo Marukawa.

“I think the AIIB can become very effective for economic growth in Southeast and South Asia,” he said. According to the expert, the AIIB “will be able sometime in the future become an influential organization.” “But it will take 10-20 years from the time of its creation”, — an Marukawa.

Representatives of 57 countries-founders of AIIB last Saturday in Beijing gave the official start of its work. Created at the initiative of China, the Bank becomes one of the largest financial institutions in the world with a stated capital of $ 100 billion. Russia became the third largest party in the Bank after China and India, having received a 5.92% stake in equity. China and India possess 26,06% and 7.5% in the capital of the AIIB, respectively. On Sunday, the President of AIIB Jin Liqun said that the Bank plans to approve the first loans by the end of this year.

“The current instability in the global economy comes from the slowing economic growth of China and investment, leading to lower prices for basic commodities and economic slowdown exporters of such goods, including Brazil, Indonesia and South Africa,” said Tomoo Marukawa.

In his view, the downturn in these economies has led to lower Chinese exports. “Thus, the world economy fell into a vicious circle of economic decline in China and these developing countries. However, for China it is unwise to use another “stimulus package” as in the period 2009-2010″ — said the expert.

Then the government of China has adopted several anti-crisis measures approved by the PRC state Council and the CPC Central Committee in November 2008. For their implementation it was planned to spend 4 trillion yuan ($586 billion), which accounted for 12.5% of GDP. The stimulus program included investing in infrastructure, reforming the tax system, improving the efficiency of pricing, increase lending to key innovation projects, as well as medium and small businesses.

According to Marukawa, the complex of stimulating measures, “left a huge surplus in various industrial sectors and huge debts”.

“But in other parts of Asia there is still a need for infrastructure development, and China has the means to invest. It would be a good idea to invest surplus savings in China in the construction of infrastructure in Asia,” he said.

In fact, the expert explained that in this way, firstly, it would contribute to the economic growth of Asian countries, and, secondly, China could export a surplus of goods such as cement and steel. “Transfer of purchasing power from China to other Asian countries would be the key to breaking the current vicious circle,” he Marukawa.

Learning from the experience

If Asian countries can maintain economic growth, the development of the energy sector in Asia, believes Marukawa, “will not pose a major threat to the oil and gas exporters in the region, because the energy demand will grow as economic recovery”.

“The agreement to establish the AIIB indicates that the Bank aims at promoting infrastructure development and other productive sectors of the economy in the region, which, according to the UN definition, includes Asia and Oceania,” said he.

According to the expert, the AIIB could initially experience the “lack of experience and knowledge for good investment projects”.

“The Bank may also suffer from interference in the performance of the main co-owners, including China and other governments. To avoid the risk of bad loans, the AIIB could follow the example of the world Bank or the Asian development Bank, by choosing similar projects or even providing a joint syndicated loans by hiring their former employees”, — explained the expert.

The AIIB “will play a minor role until you get enough experience in financing projects,” he concluded.