“The reduction in exports caused by the decline in consumer activity in major markets, Chevrolet Niva – Kazakhstan and Azerbaijan – due to the weakening of national currencies”, – noted in press service. 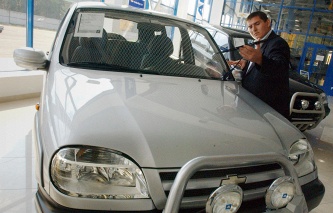 GM-AVTOVAZ from January 1, 2016 increases the price of Chevrolet NIVA

In 2016 the volume of deliveries of Chevrolet Niva exports will depend on demand in foreign markets. Priority is the preservation of the positions on the markets of CIS countries, said the press service.

GM-AVTOVAZ is a joint venture of AVTOVAZ and U.S. General Motors in Togliatti. Produces the Chevrolet Niva vehicles since 2002.