MOSCOW, January 20. Total generation in the Crimean Federal district taking into account flow from the UES of Russia (excluding electricity consumers from reserve sources of electricity supply) is 963 MW. It follows from the materials of the Ministry of energy of the Russian Federation according to by 20 January of the current year. 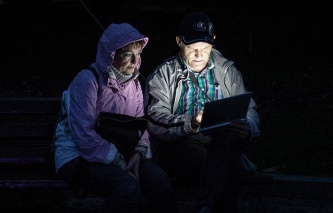 Aksenov: a state of emergency in the Crimea because of the shortage of electricity will last until may 1

Earlier it was reported that on 14 January the total generation on the Peninsula amounted to 840 MW. Thus, the figure from 14 January rose by 14.6%.

Generation of mobile gas turbine power plants (mgtes) on the Peninsula is 298 MW.

The exported electricity from the UES of Russia under OL 220 kV “Taman – Kamysh – Burun” and “Taman – Cafe No. 3” be 423 MW. Of IPS of Ukraine electricity in the Crimea at the moment is not received.

In mid-January in the Crimea was launched additional mobile gas turbine power plant with a capacity of 22.5 MW, delivered to the Peninsula from the far Eastern Federal district.

The existing supply of fuel when operating at the rated capacity of all 15 of the gas turbine power plant on the Peninsula will be enough for 10.9 hours.