MOSCOW, January 20. General Director of “TransContainer” to 11 February 2019 will remain Petr Baskakov, the message of the company following the meeting of the Board of Directors. 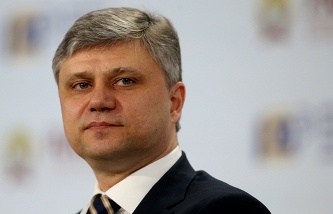 Belozerov: JTLC can be formed without any assets

“To elect the Director General of PJSC “TransContainer” Baskakov Petr Vasilievich 12 February 2016 for a period of 3 years to 11 February 2019″, – stated in the message.

In November 2014 Baskakov was the head of JSC “United transport and logistic company” (UTLC) and the Board of Directors of “TransContainer” approved the combination of positions.

PJSC “TransContainer” operates over 27 thousand of fitting platforms, over 64 thousand containers and cargo owns 46 terminals located throughout the railway network of Russia, manages a container terminal on the border of Slovakia and Ukraine, and controls 50% of the largest container operator of Kazakhstan JSC “Kedentransservice”.

“Russian Railways” owns 50% plus two shares in TransContainer (the company contributed a package to the United transport and logistic company), FESCO transportation group – 24.1 per cent, the European Bank for reconstruction and development – 9.25% p, structures NPF “Welfare” – 10,29%.