Earlier, the head of the PACE Anne Brasseur said that the powers of the Russian delegation will be canceled before the end of 2016, in connection with refusal of Moscow to participate in the winter session. 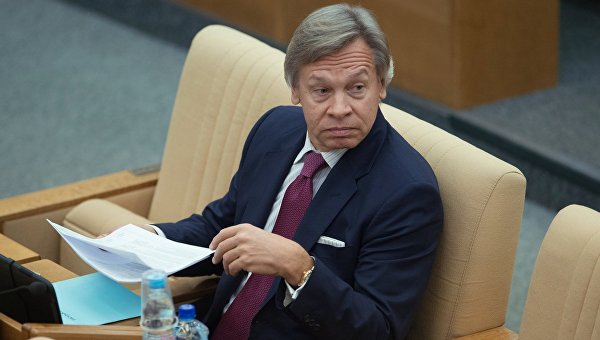 MOSCOW, 20 Jan. The head of the Duma Committee on international Affairs Alexei Pushkov commented on the situation with the cancellation of authority of Russia in PACE for 2016.

“No PACE decided to suspend Russia from the work in 2016, and Russia decided not to seek powers in PACE. It’s our decision, not the decision of PACE,” Pushkov explained.

Earlier, the head of PACE Anne Brasseur said that in connection with the decision of the Russian delegation not to participate in the winter session of the Assembly, Russia being suspended from participation in PACE until the end of 2016.