MOSCOW, January 20. Russia is ready to accept constructive from the Polish authorities regarding the improvement of bilateral relations. This was stated on Wednesday by the first Deputy Minister of foreign Affairs of the Russian Federation Vladimir Titov in connection with scheduled for January 22, the Russian-Polish consultations at the level of Deputy foreign Ministers. 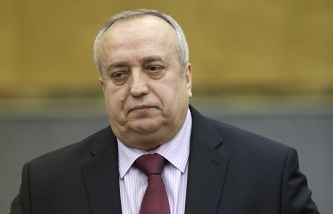 “Indeed, on January 22 of this year in Moscow held a Russian-Polish consultations at the level of Deputy foreign Ministers, he said. – The initiative comes from the Polish side. From Warsaw had signals that the country’s new leadership that came to power as a result held on 25 October 2015 parliamentary elections, would like to make some fresh ideas in the Polish – Russian relations. If this is true, then we, of course, these ideas are ready to listen”.

Answering the question of whether such consultations on the background of the openly hostile position of Poland in the context of the Ukrainian crisis, the mass desecration of Soviet war graves, demands to strengthen the Eastern flank of NATO against Russia, Titov said: “equally important to focus on our side, the unacceptability of the unfriendly position of Warsaw on many international and bilateral subjects, including increasing acts of vandalism against our monuments and military graves”.

“If the Polish side, he added, is going to talk in the same tone, presenting historical claims and ultimatums, and consultation is conceived as a demonstration activity promoting a destructive agenda, then we will make the necessary conclusions”.