The oil market may continue the negative trend after the return of Iran to the market, said the Russian Finance Minister Anton Siluanov. 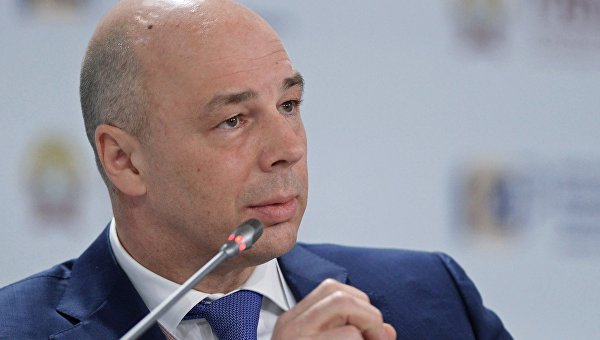 MOSCOW, 20 Jan. The current rate of the Russian ruble reflected the situation on the energy market, the Finance Minister of the Russian Federation Anton Siluanov.

“Some oil companies can keep production below cost (at an oil price below cost of production — ed.). The oil market may continue the negative trend after the return of Iran to the market. The ruble reflects the current situation on the energy market,” he said at the all-Russian forum of entrepreneurs “Small business – national idea?”.

Earlier on Wednesday the head of Russian Central Bank Elvira Nabiullina said that the ruble exchange rate close to fundamental levels, the risk for financial stability no.

On Wednesday, the dollar has updated the historical maximum, which was kept since December 2014 and has already been raised to 80,927 ruble. Euro updated more than the annual peak, jumping to 88,294 ruble. Brent crude fell on Wednesday below, 27.7 per dollar to the lowest level since December 2003.

The last time the ruble was at historically low levels in December 2014, when the dollar and Euro short-term exceeded the psychologically significant levels. But then the market had low liquidity on the background of his mounting panic. Rapidly desejava oil really does leave a mark on started in November 2014 the process of free floating currency of the Russian Federation.

Since the summer of 2014, when oil was 115 dollars, by December it fell to $ 60 per barrel. However, the decision of the Central Bank to raise key rate to 17% from 10% resulted in a wide exchange rate fluctuations and the subsequent stabilization of major reserve currencies in the region of 60 and 75 rubles, respectively. Now oil has fallen more than 2-fold compared to levels in more than a year ago, and forced the rouble sliding against the dollar, however, at a slower pace than oil. Now no panic, no high volatility is not observed, and it allows to speak about the fundamental soundness of exchange rate levels.