ST. PETERSBURG, January 20. /Corr. Svetlana Afonina/. American pharmaceutical company Pfizer will start production in St. Petersburg, a partner of the Russian scientific-technological pharmaceutical firm “Polysan” LLC (“ntff “Polysan”). The parties will sign the agreement at the end of January, said a source familiar with the situation. 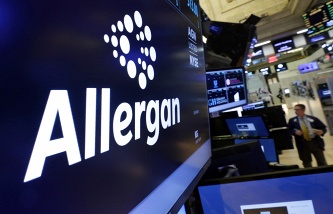 “At the end of January will sign an agreement about the production in St. Petersburg drugs Pfizer and its localization. Then the same will be declared on joint production with the pharmaceutical company “Polysan”, – said the source Agency.

The representative of the authorities of St. Petersburg confirmed that such agreement is ready for signing. According to him, it is scheduled for January 25. It is expected that participation in the event will be the Governor Georgy Poltavchenko.

In “ntff “Polisan” information is not confirmed, nor denied. The company noted that its policy “is aimed at the development of the domestic pharmaceutical industry, including through collaboration with leading global pharmaceutical companies”.

“Ntff “Polysan” LLC owns production sites in St. Petersburg and Belgorod. In St. Petersburg produces four of its own brand of drugs. The plant will also produce neurological drug in partnership with German Stada. In 2015 “Polysan” LLC signed an agreement for a term of 10 years with the German concern Bayer about contract manufacturing of contrast media for diagnostics with computed and magnetic resonance tomography.