According to preliminary data, the damage caused to the economy of the Crimea due to the interruption of energy supplies reaches to 1.12 billion rubles, reported in Prosecutor’s office of the Republic. 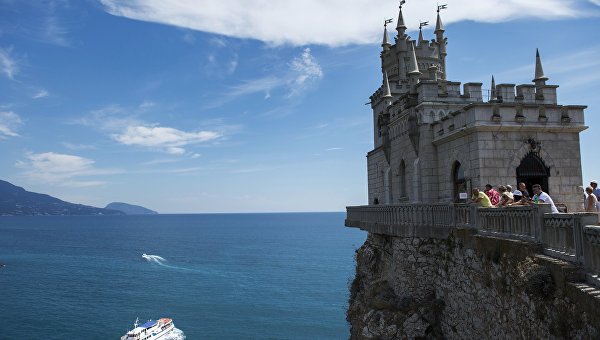 SIMFEROPOL, 20 Jan. The damage caused to the economy of the Crimea due to the interruption of energy supplies from the territory of Ukraine amounted to about 1,12 billion rubles, said on Wednesday the press service of the Prosecutor’s office of the Republic of Crimea, adding that data collected by state enterprise “Krymenergo” and not final.

Earlier, the Prosecutor of the Crimea Natalia Polonskaya called the provisional amount of damage to the economy of Crimea from energoblok Peninsula — 361 million rubles. Poklonskaya said that this data is not final. The consequence brought to the organizer of energoblok Lenura Islyamova absentia accused of committing sabotage, his property may be confiscated.

The collected data is sent to the FSB Department in Crimea and Sevastopol, which investigates criminal case about the undermining of the power lines on the territory of Kherson region in November 2015. “Currently the investigation is ongoing, conducted investigations and investigative activities aimed at establishing all the circumstances of the crime and the persons involved in its Commission”, — stated in the message.

Crimea was completely disconnected on the night of November 22 2015 — due to the undermining of the supports out of order, all four power lines coming from Ukraine. On the Peninsula were introduced a state of emergency, schedules of emergency outages. The situation has improved with the launch on 2 December the first leg of the power bridge from the Krasnodar region through the Kerch Strait, and enter December 15 of the second leg has increased its capacity to 400 MW. Two more strands of the power bridge total the same capacity to be commissioned in April-may, which will allow to supply Crimea with electricity without supplies from Ukraine.