The Russian Ministry of transport and Finance are discussing the possibility of payment of the transport tax for the owners of heavy vehicles. The bill is at the stage of notification about the beginning of development. 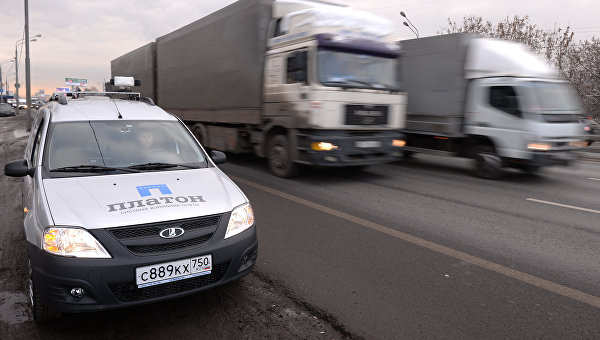 MOSCOW, 20 Jan. The Ministry of Finance has started development of the bill on the release of transport capacity over 12 tons, from payment of the transport tax in Russia, the corresponding document posted on the Federal portal of projects of normative legal acts.

The President of Russia Vladimir Putin in the end of 2015, expressed hope that the government early next year to endorse the amendments on the abolition of the transport tax for cars cargo capacity over 12 tons, since the owners are from November 15, will be charged tolls on Federal highways. The transport tax after the introduction of the system of fees “Plato” was repealed at the insistence of the regional authorities, because the transport tax goes to regional budgets, explained the President.

The transport Ministry and the Finance Ministry are considering the possibility of payment of the transport tax for the owners of heavy vehicles. Prime Minister Dmitry Medvedev declared about the necessity to improve the mechanism for charging heavy vehicles for travel on Federal roads, noting that the measure itself is necessary.

System “Platon” has earned in Russia from November 15, 2015. It charges tolls to vehicles with capacity more than 12 tons. Now the trucks pay 1,53 rubles per a kilometer on Federal highways. With 1 March 2016 the fee will amount to 3.06 rubles per kilometer.

The bill is at the stage of notification about the beginning of development. The end date of the public discussion – 2 February.