DAVOS, January 20. Russian stocks are now trading at a discount of 40-50%, with the flight of foreign investors is not happening, said the head of Moscow exchange Alexander Afanasyev. 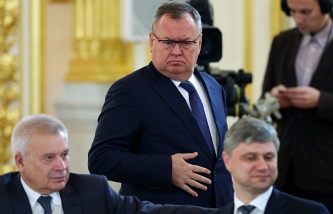 “Russia is now very cheap, Russian stocks are trading at a discount of 40-50% depending on the sector, in the IT sector the situation is better,” said Afanasiev, speaking at the event “the Digital revolution in Russia” in the framework of the world economic forum.

The head trader believes that common in the West clichés on the Russian stock market is often not true. He cited figures showing the increase in the number of investors in Russian assets.

“The cliché is that this is the flight of foreign investors from Russia. I can’t confirm. The share of non-resident accounts for stock trading increases. In 2013 it was at 38%, now it’s 44-48,” said Afanasiev.

He also added that the Russian stock index in national currency increased by 26% last year, becoming the fastest growing index among the developing countries. Russia also was the second emerging market after Brazil in the level of dividend payments.