WASHINGTON, January 20. /Corr. Andrew Shitov/. The IMF abolished the so-called “reservation system” (systemic exemption), which was adopted in 2010 at the height of the financial crisis in Greece and the Foundation has been able “exceptionally” to lend to countries with unsustainable debts in the presence of real threat of the spread of the crisis related to economy. Giving Tuesday about this, a spokesman for the IMF Gerry rice has written this step in the context of the ongoing Fund reforms in this case, the revision of the rules as “extraordinary”, i.e. exceeding the national quota imposed limits of access to Fund resources. 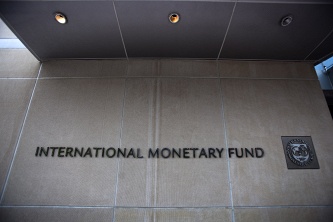 According to him, the decision is in line in particular with the recent lifting of the ban on lending to countries with overdue official debts. Rice, by the way, announced that later this year, the IMF intends to do and “revising (their) policy loans borrowers arrears to private creditors”.

On the sidelines of the Fund “system reservation” has always been considered odious because clearly an arbitrary approach to its application, “inequality and moral hazard associated with large-scale rescue operations.” The above quote is taken from the reports of discussions on similar topics, held at the IMF Board in June 2014. Now, as explained by the correspondent of TASS experts, this rule finally actually cancelled at the request of the U.S. Congress, which put such a condition when the recent ratification of the reform of quotas and voices in IMF.

Rice in her statement, assured that all these innovations pursue the goal to “prevent and more effectively resolve sovereign debt crises” in the interests of all member countries of the Fund, i.e. practically the entire world community. But just at the moment spread this statement, the managing Director of the Fund Christine Lagarde listened to at the world economic forum in Davos, as long as the Vice President of the United States Joseph Biden, who jokingly threatened to “ask her for a loan for himself”, but in a more serious tone and thanked her for her work. This reinforces the impression that all the reforms the IMF is primarily intended to serve the interests of the key shareholders of the organization – the United States and its closest allies.