MOSCOW/ABU DHABI, January 20. The Russian Embassy in Afghanistan after the explosion, which occurred on Wednesday near the building of the diplomatic mission, taking measures to strengthen security. This was reported in the Russian foreign Ministry. 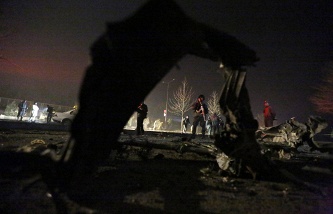 Media: the number of people killed in the terrorist attack in Kabul has reached seven people

“According to reports, in Kabul, in the district where the Russian Embassy and the Afghan Parliament, there was a car explosion. According to preliminary data, undermining was carried out by a suicide bomber”, – is spoken in the message.

“Among the employees of the Russian Embassy there were no injuries, – have informed in the Ministry. – Building missions abroad suffered minor damage”.

“The Russian Embassy in cooperation with the Afghan authorities taking steps to strengthen the security of the Embassy and its staff”, – said in depodesta.

Diplomats do not leave the territory of the Embassy 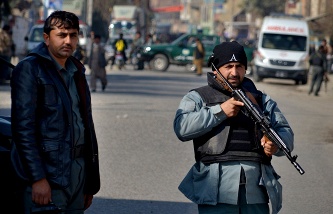 AFP: terrorist attack in downtown Kabul was directed against members of the Afghan TV

The diplomat confirmed that, “at the Embassy there were no injuries”. “The explosion occurred on the road opposite the building of the diplomatic mission, he said. – Next to the Embassy heard the sirens of emergency services. Naturally, in such circumstances, diplomats do not leave the territory of the Russian representation.”

According to Afghan police, a possible target of the attack were members of the Afghan TV channel who traveled on the minibus Toyota Coaster. An explosive device detonated a suicide bomber, who, according to various sources, ran a booby-trapped car, or motorcycle. As a result of attack nearest to the place of attack is the building the fire started.

None of the groups has yet claimed responsibility for the attack.