MOSCOW, January 20. Prosecutor General’s office invited the government to set maximum rates for the toll highway from Moscow to St. Petersburg. About this informed the official representative of the Supervisory authority Marina Gridneva. 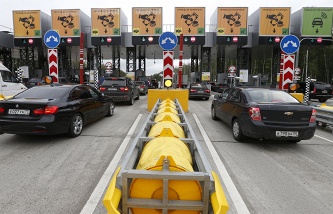 In 2015 the government introduced paid mode on a section of this road. The amount of fare on it installed by the concessionaire and ranges from 200 to 500 rubles for a car and up to 1,200 rubles for a cargo that has caused numerous complaints by car owners and motor carriers.

“It is established that this situation became possible because of the late adoption by the government of maximum levels of tariffs, which must not be exceeded by the concessionaire,” – said Gridneva.

According to her, “because of the requirements of the Federal law “About highways and about road activity in the Russian Federation and on amendments to certain legislative acts” the Prosecutor General’s office informed the government, which proposed to set a limit on the value of tariffs on the highway M-11.

The agreement on construction and operation on a paid basis of the plot 15-58 kilometer highway Moscow – St.-Petersburg “North-West concession company” Rosavtodor and signed in 2009. The term of the agreement is 31, then the route returns under the control of the state. 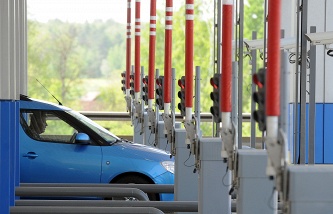 Constructed section of highway M-11 is a road of higher category I-A and a paid alternative to the existing highway M-10 “Russia” on the busiest section from the Moscow ring road to Solnechnogorsk. The home rule into operation on 24 December 2014 has allowed greatly to reduce the journey time to Moscow region towns of Zelenograd, Skhodnya, Solnechnogorsk, Dolgoprudny, and Sheremetyevo airport.